Lorcan Darcy is an American live action/animated science fiction adventure film, directed by Steven Spielberg and written by Seth Rogen. The film stars Cole Sprouse as the titular character, alongside with Samara Weaving, Hailee Steinfeld, Joey King, Chandler Riggs, Finn Wolfhard, Simon Pegg. It pays a tribute to Stan Lee where the statue of him appears in Marvel Park. In the film, Lorcan and his siblings got seperated to different worlds as they must find their way back to their world and save the world from a brainwashing cult called Omega Pride.

Planning for the 2019 Lorcan Darcy film to be developed by Spielberg, Lord and Miller wanted the film to have its own unique style. Completing the animation for the film required up to 140 animators, the largest crew ever used by Sony Pictures Animation for a film. The animated sequence with different styles, such those Walt Disney cartoons, Hanna Barbera, Tim Burtons, South Park.

Lorcan Darcy, a teenager who's a disillusioned cartoonist and writer, prepares to finish up his final year of high school and lives up to the expectations of his siblings, Jenny, Max, Molly, Toby and Dawn.

Amblin Entertainment
Add a photo to this gallery 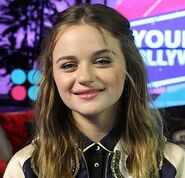 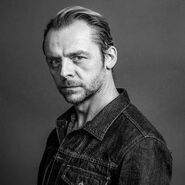 The Father
Add a photo to this gallery
Retrieved from "https://fanon.fandom.com/wiki/Lorcan_Darcy_(2019_film)?oldid=446838"
Community content is available under CC-BY-SA unless otherwise noted.