Looney Tunes (released in some international markets as The Looney Tunes Movie) is a 2022 American computer-animated comedy film based on the cartoons of the same name. Directed by Jimmy Hayward and written by Ted Elliott and Terry Rossio, the film features the voices of Will McCormack, Barney Harwood, Ron Funches, Kristen Bell, Ty Burrell, Emma Bell, and Steve Buscemi.

Produced by Warner Animation Group, the film was released theatrically on September 18 2022 by Warner Bros. Pictures to commercial success, grossing $555 million worldwide at the box office, against a budget of $80 million; it became the highest-grossing Looney Tunes film, a record it held for two years until its sequel in 2024. Critics praised its CGI animation, Mark Mothersbaugh's musical score, and the actors' portrayal of the Looney Tunes characters. It received a nomination for the Academy Award for Best Animated Feature, losing to Zootopia II.

The success of the film led to the sequel Looney Tunes 2, which was released on March 3, 2024.

One sunny day in the Looneyverse, a realm populated by Looney Tunes, Bugs Bunny (Will McCormack) is attacked by Marvin the Martian (Ron Funches), who is intent on destroying the Looneyverse. Bugs decides to unite all the Looney Tunes, bringing along his best friend Daffy Duck (Barney Harwood), who is seeking to become Bugs' co-partner, Lola Bunny (Kristen Bell), who comes to ensure Bugs' safety out of fear of a potential disaster, and Porky Pig (Ty Burrell), a stowaway who was tempted by corn.

Bugs, Daffy, Lola, and Porky collect more Looney Tunes (including Sylvester (Steve Buscemi), Tweety (Emma Bell), and Tasmanian Devil (or simply Taz) (Jim Cummings)). They are confronted by Marvin, who captures Porky, Sylvester, Tweety, and Taz and ejects Bugs, Lola, and Daffy with his bubble gun, accidentally separating Daffy from the two. Bugs and Lola have a falling-out during which Bugs learns of Lola's fears. Fed up with Bugs' misdirection, Lola snaps at him for making her fears worse and not listening to anyone but himself. and breaks up with him. A guilt-ridden Bugs finds Daffy, who tells him that his mischievous antics are part of being a hero. Inspired, Bugs goes to save his friends.

Meanwhile, Lola is captured by Queen Tyr'ahnee (Ali Wong). When Bugs and Daffy arrive at the scene and save Lola, Porky, Sylvester, Tweety, and Taz, Marvin is about to have Bugs possessed, but Lola pushes him out of the way and is possessed instead. Bugs is seemingly possessed, but is suddenly revealed to have been wearing earplugs, a move he learned from Daffy when they encountered K-9 (Zach Woods). Bugs accuses Marvin of forcing his views on everyone and listening to no one but himself. Hit hard, Marvin apologizes to everyone, and they forgive him. Lola conquers her fears and confesses her feelings to Bugs, who gladly reciprocates her feelings. All the Looney Tunes praise Bugs for his heroism and celebrate their differences.

Looney Tunes opened in theaters in Canada on September 5, 2022, and in the United States on September 18, 2022. It was projected to gross $100-110 million in its opening weekend. The film grossed $255 million in North America and $300 million overseas, for a total of $555 million worldwide during the theatrical run; it held the record of being the highest-grossing Looney Tunes film until its 2024 sequel surpassed it. Produced on an $80 million budget, the film was a commercial success.

Looney Tunes received many positive reviews from critics, with a 77% approval rating on Rotten Tomatoes. The site's consensus reads, "Impressively animated and led by a number of cartoon characters that make up for fun family entertainment, Looney Tunes stays true to its source material". On Metacritic, it has a score of 71 out of 100 based on 35 critics, indicating "generally favorable reviews". Audiences polled by CinemaScore gave the film a grade of "A-" on an A+ to F scale. 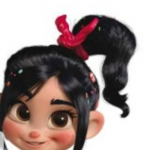