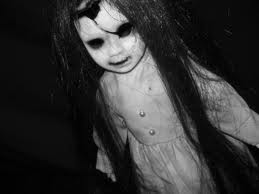 After Sam is commited to a mental hospital he and the other paitents began to experince paranormol activity and seeing entitys in there rooms. There doctor who is also a paranormol believer uses his belifes on the paitents making everything much worse.

Sam is coomited to the mental hosiptal on July the 4th. Sam is attracted to Ryan the tec but he's daiting Sherry the nurse. Sam is shy twoards the others on the first night. That night the covers slowly come off Sam and a force grabs him and pulls him to the end of the bed. Sam backs up agnist the wall as the nightlight goes off and the door slowly closes. While this happing Sherry and Ryan are having sex in the backroom with music on. Sam here's growls from the edge of bed and he looks at James his romate and screams as an apprition of a man comes down at James and James wakes up and rolls on to the ground.

He tries to open the door but it's locked and James stands by the bathroom and Sam see's the same man from earlier standing behind James. James runs out as the door opens and a force drags him into the emrgency exit door. Sherry and Ryan stop having sex as they here Sam scream and he calms down. James is okay and they put everybody in the Dayroom. Misty asks if she can use the bathroom and Sam notcies her slowly lifting up and she is pulled in the air and slams into the corner of the room where she gets dragged around in the room.

The force eventully lets her go. They sleep in the dayroom and Sherry and Ryan tell Dr. Marron  and he interviews Sam, James and Misty. He tells Ryan and Sherry that he'll go over his research and will come back tomorrow. Sam and James plays cards with the otehrs and tehy ask him what happend in tehre room and they tell them. Sam asks Ryan why can't he leave and Ryan says you still can't leave without the doctor discargeing you. When they go in there rooms to go to sleep Sam can't go to sleep and leaves his room and tells Sherry that he can't sleep. Sherry tells him that he can play the Kinect or something in the Dayroom.

Before Sam can go over there they both here the sounds of heels coming twoards them. The heel clicking stops right beside Sam and a voice says "Look in the mirror in the cornner." Sherry and Sam look at the mirror and see a girl in a red coat with long blond hair standing beside Sam. She eventully walks away and Sam goes in the dayroom. While Sherry goes to tell Ryan Sam is left alone in the day room. All of a sudden all the chairs lift up in the air and fly around. Sherry and Ryan come in and find Sam missing.

Sherry and Ryan find him hiding on the otehrside of the room. The next night the lights go out in the hospital and Sam see's a demon woman in the corner if the hallway and he runs out of the hallway beacuse the doors are open and hides in the gym. A person in a ghostface costume chases him outside and Sam runs back to to the hospital where he loses Ghostface.

Dr. Marron finds Sam outside the doors to the ward. Dr. Marron brings Sam in and throws him in the 'Prison room' which is a room with a mattress in it. Dr. Marron locks the door and leaves him in there thinking Sam was trying to escape. Sam screams as the light began to flicker and Sam see's the woman in the red coat staniding right byside him in the mirror but she's not standing there and you can only see her in the mirror. The lights cut off and Sam screams. A few seconds later the lights come on and Sam slowly rises out of bed possossed. Sam starts  banging his head agnist the brick wall in till Sherry and Ryan come in and stop him.

Sherry asks him why he was doing that and Sam says he was in a trance.  Sam seems to be alright and he goes into the dayroom and pulls a doll out of the cabinet. Tiffany walks into the dayroom and see's Sam in the middle of thr floor his bcak turnded to hers. The doll turns her head at Tiffany and winks at her. Tiffany screams and Sam jumps not knowing what the doll did. Savannah walks into her room and see's Jessica sitting on her bed and she's muttering to herself in a demonic voice saying were all going to die.

Savannah tells Dr. Marron who decides to have a saconce in the Dayroom. Sherry and Ryan tell him that's a bad idea. Dr. Marron leaves

Retrieved from "https://fanon.fandom.com/wiki/Look_What_They_Made_Me_Do?oldid=259587"
Community content is available under CC-BY-SA unless otherwise noted.