Life on the Halls  is an award-winning television series broadcast by E4 in the United Kingdom and on FOX in the United States. Life on the Halls is mostly shot in the London area of South Kensington as well as occasionally other locations such as Paris, Amsterdam, Berlin, Rome, Lisabon, Carribean, and United States. The series follows the daily life of Chemical Engineering students of Imperial College London. The series is written by Schaveleyn Heatherridge, based on her novel with the same title.

Series 1 is written based on Heatherridge's first installment book, Life on the Halls: A Very New Beginning. It presents the very beginning time when the students started their college years as freshmen in Department of Chemical Engineering of Imperial College London.The story focused on the students life in Beit Hall, a hall located near the campus.

Series 2 continues the story from series 1, based on Heatherridge second book, Life on the Halls: Shaking World. It follows the time when the students started their second year. Things started to change a lot and everything wouldn't be the same as Bryan Irvine departed from the college and moved to Brighton. Moreover, there are a lot of conflicts happened between the 2020 students with the brand new Chemical Engineering Representatives of Student Union. 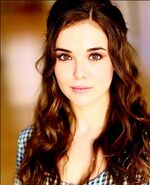 Joey Pollari as Bryan Irvine
Add a photo to this gallery
Retrieved from "https://fanon.fandom.com/wiki/Life_on_the_Halls?oldid=126239"
Community content is available under CC-BY-SA unless otherwise noted.