Most of the Green Flu virus has died out and many people have turned back to normal. However when a team of scientists test on what's left of the virus it ends up infecting them and spreading throughout the country. Now the survivors must reach the science lab and finish the cure.

Gary -a geeky American store owner. Voiced by Michael Shapiro (the voice of Barney and the G-Man from the Half-Life series). Gary has spent many years working in a convenience store. That doesn’t mean he likes the job. In fact, he hates it. His real dream is to own every piece of collectible memorabilia he can get his hands on. However, the chances are low considering that zombies have overrun the whole country.

Mac - a British scientist. Voiced by Robin Atkin Downes (the Medic from Team Fortress 2.) Mac was just a scientist on vacation when the apocalypse hit yet again. Mac’s ways with words and wisdom gained him much popularity amongst his fellow colleagues. These memories are all that’s left in Mac’s life as he’s slowly starting to lose his sanity.

Jamie - a cheeky Australian plane pilot. Voiced by Eric Bana. Jamie wishes he had his past life again. Sun, sea and women. As a pilot, Jamie was extremely rich and popular. Almost every day he was laying on a beach in Bangkok or Malaga. Let’s just hope he won’t be lying on the floor by the end of the apocalypse.

Hannah - an expierienced Japanese-American gymnast. Voiced by Jennifer Hale. Hannah has always wanted to be in the Olympic Games. As an experienced gymnast, Hannah has many clever tactics that, somehow, haven’t got her into the Olympics. At 28, she may be missing her chance to be in the spotlight and now finds herself in the middle of something MUCH bigger than the Olympics.

Buck McHale - an overly-confident American redneck who drives the survivors out of Peckwell City, saving them. He is later killed in a car crash, forcing the survivors to set out on foot in the snowy mountains. Voiced by Nolan North.

Bridge Operator - a bridge operator that hides from the infected in the snowy mountains. He lowers a bridge to help the survivors cross, but a horde is alerted and he is killed. Voiced by Fred Tatasciore.

Mr Miles - a paranoid teacher who works at Peckwell University. He is heard throughout the level trying to lecture the infected, having clearly lost his insanity. He is later killed by the infected, but not before he manages to supply the survivors with health and ammo. Voiced by Nolan North.

Plane Pilot - the same pilot from Left 4 Dead 1. He flys the survivors to the science lab. Voiced by Gary Schwartz.

All the past Special Infected return with three new species:

The Scorpion- poisons survivors causing their health to lower until they find a poison cure (new item).

Flamethrower- breaths fire onto the survivors.

Gasman- emits a red gas which, when inhaled, impairs the vision of the inhaler for ten seconds.

The survivors must escape Peckwell City.

The survivors must fight through a snowy mountain.

The survivors must fight through a large construction site.

The survivors must fight their way through a zoo.

The survivors must fight their way through a large university.

The survivors must fight through a forest at the dead of night.

The survivors must fight their way down a freeway.

The survivors must fight their way through a beachside town to an airport.

The Disinfection-Don’t forget to wash…

The survivors must finish the cure for the Green Flu. 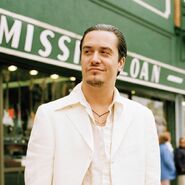 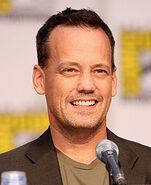 Dee Bradley Baker as Infected.
Add a photo to this gallery
Retrieved from "https://fanon.fandom.com/wiki/Left_4_Dead_3:_The_Beginning_of_the_End?oldid=121190"
Community content is available under CC-BY-SA unless otherwise noted.