Law & Order: District of Columbia is an American police procedural and legal drama television series, adapted as a spin-off of the long-running crime drama Law & Order.

Set in Washington, D.C., the series follows a two part approach. When a crime is committed, the victims are represented by two separate yet equally important groups: the Metropolitan Police Department of the District of Columbia, who investigate the crime, and the United States Attorney's Office for the District of Columbia, who conduct the people's case in the trial. In every episode, the first half hour focuses on the investigation by the detectives, followed by the second half the of episode focusing on the prosecution of the offenders by the assistant U.S. attorneys.

In the style of the original Law & Order, episodes are often "ripped from the headlines" or loosely based on a real crime that received media attention.

Investigating the crimes are Detective James Lance, a seasoned veteran who has seen it all, her partner Detective Brenda Lewis, who has only recently been promoted to detective, who both report to their boss Captain Ramero Johnson. It is their job to investigate the crime, collect evidence, interview witnesses and then, when the evidence points to a suspect or suspects, place the suspect(s) under arrest. The matter is then taken over by executive assistant U.S. attorney Jack Carlson with support from his assistant prosecutor Laura Lang, who both work under the watchful eye of U.S. Attorney Louis Waynes. Together Carlson and Lang discuss deals, prepare the witnesses and evidence and conduct the people's case in the trial.

Both teams work with the medical examiner's office, the crime laboratory, psychologists or psychiatrists contracted from the police department or the U.S. Attorney's Office, and technical staff such as tech analyst Nola Falacci. 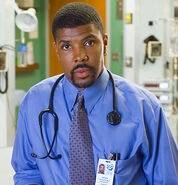 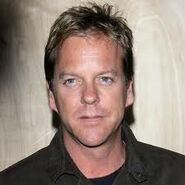 Martin Sheen as "U.S. Attorney Louis Waynes".
Add a photo to this gallery

Retrieved from "https://fanon.fandom.com/wiki/Law_%26_Order:_District_of_Columbia?oldid=214866"
Community content is available under CC-BY-SA unless otherwise noted.