David Egan (Thomas Decker) is standing at the edge of the cliff in tears. He hears something behind him and looks, but nothing is there. He then is about to jump, but then turns around and walks down the road.

Helen and Julie walk down the boardwalk together, laughing and discussing their futures when Max (Luke Bilyk) comes up and offers a drink to Julie. Julie can tell he wants her to get drunk and she denies, but he insists and says they can go to the beach alone afterwards. Julie tells him she doesn't like him the same way and she leaves with Helen to find the boys. Max is hurt and goes to get a drink.

The four go to the beach and laugh at Ray's urban legend. When they leave, Barry is drunk and fools around, spilling beer on Ray. They then hit someone, scaring them all. They all decide to get rid of the body.

One year later, Julie is about to go back to town with her roommate, Karla, (Elizabeth Gillies) who stays at a hotel for the summer. Julie gets a note about the accident and decides to call Helen in New York. She goes to the family store and asks Elsa (Amanda Seyfried) for her number. Elsa rudely tells her Helen never left and Julie talks to her. Helen sees the note and they go find Barry.

Barry tells the girls they're being rediculous and Julie snaps at him, saying someone knows and will destroy them. She then reveals they hit David Egan and he has a sister. The three go to find Max and confront him, resulting in Barry beating him up. They then run into Ray, Barry and Helen quickly leave Julie alone with him. Meanwhile, Max accidently burns his hand on a burner. He hears someone come up behind him and assumes it's Barry, but he is grabbed by his legs and lifted, his head falls into the burner and he screams. The fisherman then stabs him in the back seven times with a hook.

Helen and Julie drive to the Egan house and talk to Missy Egan, (Lucy Hale) who gives them information about David. Helen then says they should go, but Missy becomes suspicious as the girls leave. Julie starts crying in the car and says they ruined this family's lives because they didn't tell the cops.

Barry is at the gym alone, and he sees a note. He ignores it and walks outside to see his car drive off. He chases after it, thinking Max is taking it. The car is then chasing him, hitting him. He cries for help.

Julie, Helen and Ray see him in the hospital and tell him they need to tell the police. Barry says this person is just messing with them.

Helen gets home just to argue with Elsa about the next day. Elsa tells her she's a little bitch and needs to get her life together. Helen screams at her to leave and tries to go to sleep. The next day, she wakes up with her hair cut off. Her mirror says, "I KNOW" and she screams, smashing her mirror.

Julie and Karla drive to Helen's house, Julie about to explain what happened last summer. Karla hears something in the trunk and they open it to find Max's body, crabs crawling all over it. The girls start screaming and run to the Shivers' house. Barry and Helen observe the car and find nothing. The group decides that Helen and Barry should go to the parade and Karla goes with Julie to Missy's house to find out more information.

As Helen and Barry participate in the Fourth of July parade, Barry keeps an eye out for the killer, but notices that there are several people wearing the same kind of dark rainslicker. Chasing one, Barry leaves Helen on one of the parade floats. As it passes by a two-story building, she notices a shadowy figure in a black rainslicker wield a hook threateningly as the float passes by.

Julie and Karla revisit Missy to ask her more about David Egan and the friend names, "Billy Blue". Missy tells them that David is dead and shows her a suicide note he left. As the writing matches that of the note she received, Julie tries to convince Missy that it's not a suicide note but a threat. Upset by Julie's ravings, Missy orders her to leave. Karla and Julie try to apologize, but Missy enters a shed. They then hear a gunshot and they scream, realizing Missy shot herself.

Back in town, Julie further researches David Egan's death while Karla finds the others. A year before the accident, he and his girlfriend Susie were involved in a car crash not far from the scene of the foursome's accident. David survived, but Susie died. The research mentions Susie's father, Ben Willis. Julie then puts the pieces together: They did not run over David Egan that night but Ben, who had killed David and disposed of the body that night.

Helen watches the possible winners of the town pageant and sees Barry on the balcony. The Fisherman behind him swings his hook into his back. Helen screams and alerts Officer Hanniger (Jared Padelecki) and they run to find no body. The cop takes Helen home and insults her in the car. He then helps a man on the ground, but Helen screams it's the fisherman. His stomach is slit open and his guts fall out. Helen gets out of the car and runs to the store. Karla bumps into her and sees the killer and both girls run. Elsa opens the door and Helen has her lock the back door. Karla finds the phone.

Elsa locks the door and turns to see the fisherman, who stabs her arm. She is thrown onto some inventory and stabbed. The power is shut off and Helen and Karla search for Elsa. Karla is tackled by the fisherman but escapes. They get to the second floor by a pulley. The fisherman gets up before them and traps them in a room. He is about to break the door down, but both girls jump.

They follow the parade music and look back constantly. The fisherman appears and Karla pushes Helen out of the way and is shoved against tires. She is hooked by the fisherman and tossed from wall to wall as Helen runs away. The fisherman finally stabs Karla through the throat.

Julie finds Ray and sees his boat name is Billy Blue. She runs off and Ray is shoved down. Julie knows the man as Ben WIllis. (Ralph Fiennes) He grabs her and throws her on his boat. Helen gets Ray up and they find a way to the boat. Julie is chased around the boat, where she finds Max, Karla, Barry and Hannigar.

Ray fights Ben while Helen saves Julie and Ben's hook is caught in some rope. Helen pulls a lever and Ben is lifted, getting his hand chopped off. He falls into the ocean. The three are saved by police officers.

Another Year Later, Helen and Julie are running the store. Helen has Julie close down and drives home. Julie hears the door open from the back and yells they're closed. She makes her way up to kick them out but no one's there. She turns to see Ben Willis and she screams as the credits roll. It's Just SO SAD!

Layla - stabbed in the chest. 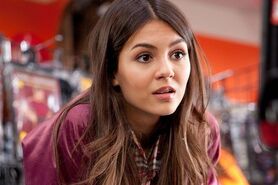 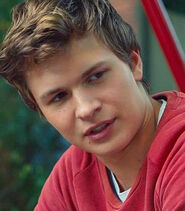 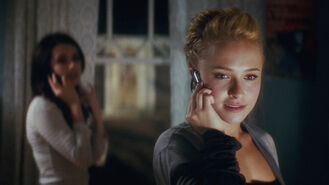 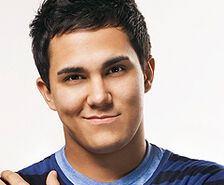 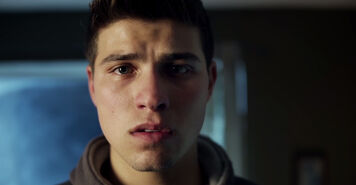 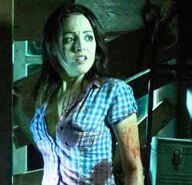 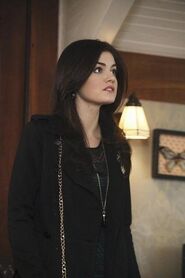 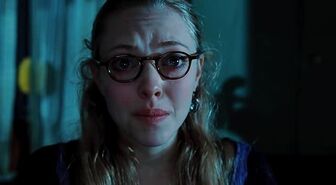 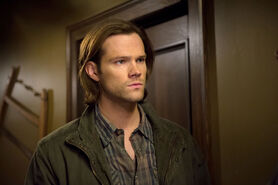 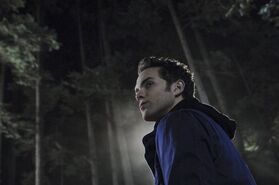 David Egan
Add a photo to this gallery
Retrieved from "https://fanon.fandom.com/wiki/I_Know_What_You_Did_Last_Summer_(2016_Remake)?oldid=430338"
Community content is available under CC-BY-SA unless otherwise noted.