Guardians takes place during the 1960s in the Cold War. It focuses on CIA clandestine black operations carried out behind enemy lines. Missions take place in various locations around the globe such as the Ural Mountains in eastern USSR, Kazakhstan in central USSR, Cuba, Hong Kong, Laos, South Vietnam, and the Arctic circle. Centered is an conspiration with an biological weapon known as VALKYRE.

Beggininig at an interrogation room, a tied and dormant John Mason (Will Smith) is asked questions by an unknown interrogator about a numbers broadcast which is being used to contact Soviet sleeper cells in the United States. These questions set the stage for the campaign missions.

The first flashback narrates John's participation in the Bay of Pigs Invasion alongside his team composed of Anatoli Rossovich (Manu Bennett) and Joseph "Josh" Charles (Don Cheadle), a doomed effort to assassinate Fidel Castro (Emiliano Díez). At the end of the mission, John is captured by Castro's soldiers and given to Arkady Bullsky (Benedict Cumberbatch) as a 'gift.' He is held captive at the Nikita Gulag, a Russian labor camp, for two years.

After further interrogation, John recounts how, during his imprisonment at Nikita, he befriended Ivan Petrov (Gary Oldman), (a former Red Army soldier and a returning character from the film Bound). Petrov assists John in sparking a prisoner uprising at Nikita, which facilitates John's escape from the prison.

One month after his escape, John is escorted to the Pentagon with MI6 agent Richard Parker (Thomas Brodie-Sangster), where he receives authorization from President John F. Kennedy (Greg Kinnear) to assassinate Bullsky. He is then dispatched with Agent Parker, Josh and Parker's partner, Agent Bob Gilmore (Thomas Jane) to Baikonur Cosmodrome in the Kazakh SSR to sabotage the Soviet space program and save a captured Rossovich. The team saves Rossovich, whom was left blind in an eye by a man named Hutchel Nevsky (Igor Jijikine) and destroy the Soyuz 2 as it is launched. Nevsky and Bullsky, (who was present at the launch), escapes alive, forcing John to spend the next five years searching for him.

By 1968, the SOG, including John, is deployed in Vietnam to investigate the Soviet presence. After John helps defend the military camp at Khe Sanh, he is deployed to Huế during the Tet Offensive to recover a dossier with information on Bullsky from an unnamed defector. The team recovers the dossier, and John discovers that Ivan is the defector.

After John escapes Huế City, the film shifts to a mission in Kowloon, Hong Kong, where Richard Parker and Bob Gilmore are sent to find and interrogate Professor Gerard Chernoy (Jean Dujardin), a scientist working under Bullsky. The mission goes awry, and Gerard is killed while Parker and Gilmore seeks to escape Bullsky's men.

Then, after further interrogation, John reveals the story, as told to him by Ivan, of the history behind Bullsky, his associate, Hutchel Nevsky, and German ally, Dr. Johann Erskine (Anthony Hopkins). These events take place shortly after World War II, and are told through the eyes of Ivan Petrov and his close friend Grigori Belov (Jason Isaacs). They detail Bullsky's discovery of the German chemical weapon, VALKYRE, and illustrate his ruthlessness as he murders his own soldiers to witness the effects of the weapon, including Belov, melting them alive. The story ends with Ivan asking John to promise him that Belov' death will be avenged, and Bullsky, along with his allies, Nevsky and Erskine, will be killed.

The interrogation moves back to 1968, and John describes how he and the rest of his squad from the SOG fight their way through Viet Cong-controlled territory in an ultimately futile attempt to chase an elusive Nevsky, and are later sent to locate and investigate a downed Soviet plane containing VALKYRE. During this investigation, John, Rossovich and Josh are captured by the Viet Cong.

Again, the perspective switches to Agent Parker and Agent Gilmore, who are sent on a mission to infiltrate a Soviet base in the Ural Mountains, a suspected development center of VALKYRE. The control room the facility is rigged with explosives in a trap set by Bullsky, but Parker's team is contacted remotely by Dr. Erskine, who gives his location and promises, in exchange for safety from Bullsky's systematic elimination of "loose ends," information on cracking the numbers broadcast.

After the segment's end, John describes to the interrogator how Josh was killed while imprisoned, and how he and Rossovich escape from their Viet Cong captors. John and Rssovich fights across a vast swath of Vietnamese land in a stolen Mi-24 Hind to reach Nevsky's base. At this base, John again meets Ivan, who leads him through the base towards Nevsky. When John reaches Nevsky, he seemingly commits suicide with his bandolier of grenades, killing Rossovich in the process. John and Ivan then recover documents that lead them to Rebirth Island.

John's story converges with Parker's at Rebirth Island, as both fight their way through a Soviet VALKYRE research and production facility to reach Dr. Erskine. Parker and Gilmore engages in an all-out assault on the facility with light armor and a squad of both MI6 and CIA operatives, while John sneaks into the facility with Ivan. John reaches Erskine only shortly before Parker, and watches as Ivan murders Erskine.

However, when the same story is retold through Parker's eyes, it is revealed that it was, in fact, John alone who shot Erskine, while exclaiming that he was Ivan and would have revenge. The flashbacks end and the interrogation continues. Parker and Gilmore reveals themselves to be the interrogators, and Parker confronts John face-to-face in a desperate bid to break him free of his brainwashing. John punches him in the face, and Parker passes out. While escaping lobotomized, however, John discovers via flashbacks, the numbers and Ivan's voice that, while at Nikita, John was subjected to severe mental reconditioning by Bullsky, Nevsky and Erskine, in order to turn him into a sleeper cell who would perform Soviet missions in America, including murdering the president, John Kennedy. However, Ivan 'hijacked' this conditioning and used it to instill in John an absolute devotion to complete his vow for revenge. Ivan was actually stated to have been killed in the escape from Nikita, and, therefore, all subsequent appearances of his character are merely a part of John's imagination, brought on by his tendency of double-personality and the intense nature of the brainwashing he experienced. Parker finds John, and after taking him out, reveals that the MI6 needs to discover the meaning of the numbers.

As the reprogramming of John's brain is finally broken, John recalls the origin of the numbers broadcast, a ship off the shore of Cuba called the Vladek. John, Pafrker and Gilmore set in a CIA and MI6 raid on the ship and the underwater broadcast station over which it is anchored, where John strangles Bullsky to his death and sinks the broadcast station, ending the threat that the sleeper agents presented to the United States and England, while John can hear Ivan's voice in his head for the last time, saying that he was right into trusting him the trial to kill his three enemies.

In a post-credit scene, the numbers can be heard broadcasting once more, and John was revealed to be at the crowd watching President Kennedy. John is then heard saying the numbers, and to have accomplished his mission, killing John F. Kennedy. 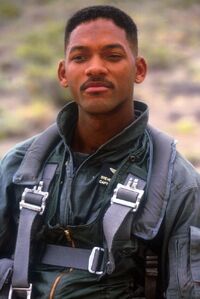 Will Smith as John Williams 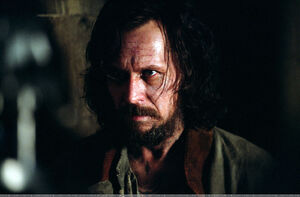 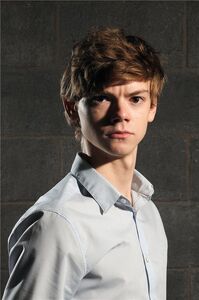 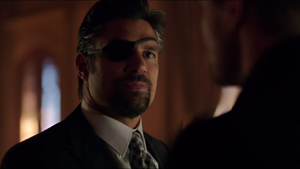 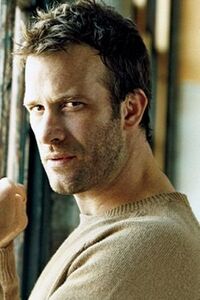 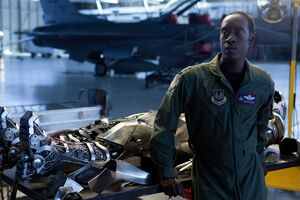 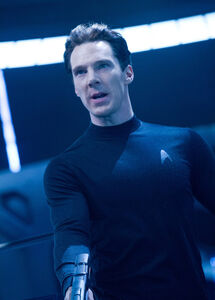 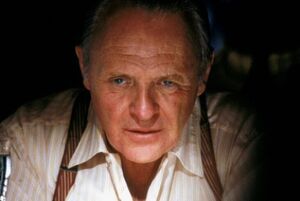 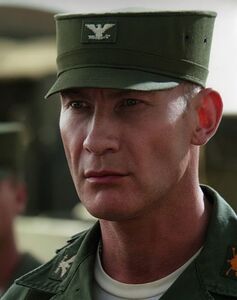 Jean Dujardin as Professor Gerard Chernoy
Add a photo to this gallery
Retrieved from "https://fanon.fandom.com/wiki/Guardians?oldid=195387"
Community content is available under CC-BY-SA unless otherwise noted.