Goosebumps is an upcoming american horror comedy film, scheduled to hit theaters in the United states on October 19 by 20th Century Fox. It is based on the best-selling children's book series by R.L. Stine, and is directed by Steven Spielberg and written by Chris Columbus.

A preteen teams up with the niece of children's horror author R.L. Stine, whose monstrous creations from his Goosebumps books begin to escape from their books and wreak havoc in the real world.

. Mark Hamill as Slappy the Dummy

. Based on the Goosebumps books by R.L. Stine

On June 12, Mark Hamill was announced to voice Slappy. On June 29, it was announced that the film would start filming on October 12, and will end on January 15.

. Slappy the Dummy from the Night of the Living Dummy saga

. Will Blake from The Werewolf of Fever Swamp

. The Giant Praying Mantises from A Shocker on Shock Street

. Madame Doom from Help! We Have Strange Powers!

. Captain Long Ben One-Leg from Creep from the Deep

. The Creeps from Calling All Creeps!

. The Swamp Monster from How to Kill a Monster

. The Lord High Executioner from A Night in Terror Tower

. Prince Khor-Ru from Return of the Mummy

. The Pumpkin Heads from Attack of the Jack-O'-Lanterns

. Murder the Clown from A Nightmare on Clown Street

. The Muglani and Cronby the Troll from Deep in the Jungle of Doom

. Mr. Wood from Night of the Living Dummy

. Sabre from Welcome to Camp Nightmare

. The Masked Mutant from Attack of the Mutant

. The Vampire Bats from Trapped in Bat Wing Hall

. The Monster Police from Monster Blood for Breakfast!

. The Beasts from The Beast from the East

. Splatters from Earth Geeks Must Go!

. Spiders from Night of the Giant Everything

. Andrew Craw from The Headless Ghost

. Arcturans from Zapped in Space

. The Sea Monster from Deep Trouble

. Dr. Brewer's Clone from Stay Out of the Basement

. The Mud Monsters from You Can't Scare Me!

. Aaron Freidus from The Werewolf in the Living Room

. Monroe Morton from How I Met My Monster

. The Grool from It Came from Beneath the Sink!

. Della from The Curse of Camp Cold Lake

. Marianna Jekyll from Jekyll and Heidi

. Rip the Cat from Cry of the Cat

. Keith from I Live in Your Basement!

. The Phantom from Phantom of the Auditorium

. Curly The Skeleton and Drool the Bulldog from the covers of the Tales to Give You Goosebumps book series

. Mr. Mortman from The Girl Who Cried Monster

. Jonathan Chiller from The Horror At Chiller House

. The Snowman from Beware, the Snowman

. The Ghost Dogs from The Barking Ghost

. The Evil Camera from Say Cheese and Die!

. Mary-Ellen from Bride of the Living Dummy 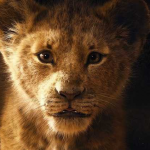