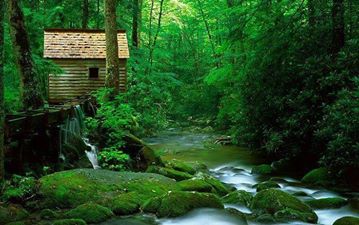 On July 4th 2013 fourteen year old Ansel Greenwood is camping with his grandparents his two brothers Augustus, Harry and his sister Nikki. In the RV Ansel tells Nikki that he dosen't want live at his grandparents house anymore and they get mad and go off on him. Augustus calls his grandma Amy a lazy old hag and she runs outside and tells her husband John and he runs inside and starts chockeing Augustus until Ansel tells him to get off of him. They start aruging and John tells him to go to the bedroom and Ansel tells him to don't fucking touch him and he starts wrestling with im until Amy ges in the middle of it. Ansel goes to the room where John teases him saying he's going to punch him in the face. On the way taking them home Augustus, Harry and Nikki and Ansel calls Amy names. Amy drops them off and takes Ansel to a mental hosiptal.

Retrieved from "https://fanon.fandom.com/wiki/Gone?oldid=128446"
Community content is available under CC-BY-SA unless otherwise noted.