Friday the 13th Part 3 is a Horror Slasher Film and is the remake of the 1982 film in the same title. The Cast features Amanda Seyfried, Jared Padalecki and Amanda Righetti.

After she was attack by Jason Voorhees and escape from him. 5 months later, a young woman (Amanda Seyfried) and her friend decided Camp Crystal Lake to go vacation with Clay Miller and Whitney Miller after she was attack. Jason is back and he is after them.

The movie open with Kacey Stein (Amanda Seyfried) is a young woman. One night, she went to Camp Crystal Lake and watch the lake. Kacey found Jason's body who was stabbed several times with his machete by Whitney in Friday the 13th Part 2. Then Jason is alive, when his hand hold the machete and get up. Kacey scream and run away from Jason. Kacey get the boat to get other side. 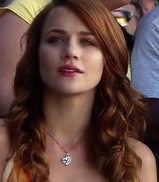 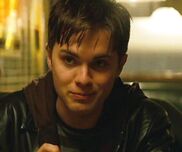 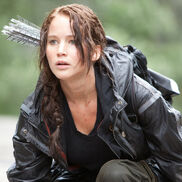 Renee Stein
Add a photo to this gallery
Retrieved from "https://fanon.fandom.com/wiki/Friday_the_13th_Part_3?oldid=409645"
Community content is available under CC-BY-SA unless otherwise noted.