Abworker, Lydia and Alexa Bortz collect shards while also free-roaming in a hospital, theme park/underground facility and cabin/cave to avoid being attacked by their Robot Hell on Earth teammates. 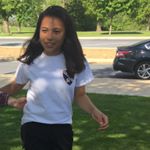 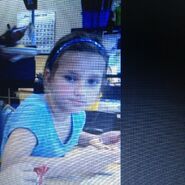 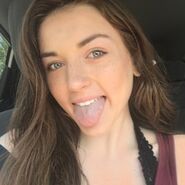 Hailey Bortz: How sweet! Some new scumbags for Lexia to play with? Make yourself at home. It's a bit of a mess right now, but I hope you won't judge.

[Lexia appears next to her]

Hailey Bortz: Lexia is very hungry. Lexia! Go and get our prey! Hailey Bortz is coming to get you! You will die here, Hailey knows best.

Hailey Bortz: Lexia! Go and get our prey!

Lexia Bortz: You three will all be victims of cannibalism to us soon enough. You will all die by our bear-like teeth once we feast on you!

Hailey Bortz: You will die here. Lexia is very hungry.

Lexia Bortz: You heard what she said, motherf**kers!

[She turns into her frenzy form]

Olivia Indian: I love ribs! Can I smell yours?

[We switch to Kaia]

[She turns into her frenzy form]

[We switch to Meredith]

Meredith Bortz: You know why they call me Lucky? I never lose!

[She turns into her frenzy form and she laughs]

Ainsley Bortz: Well, speak of the devil. Looks like she just walked in. Ooh, and she's a looker too! I'll get back to you shortly, okay? Buh-bye now!

[There is another shot of her]

Ainsley Bortz: Do you want to become one of our new patients? I just need to take a small blood sample. You're not afraid of needles, are ya?

[There is another shot of her]

Ainsley Bortz: It might be comforting to tell you that your death will be quick and painless. But that would be a lie. After all, we can get carried away while performing our duties. However, I can promise you one thing: you'll never see it coming. Here, have a PILL! [A heart monitor is heard] Leah sends her regards.

[A flatlining sound is heard]

Alexandra Bortz: Thought I heard something. Take your medicine! Stupid bitch! You dare hit Alexandra? I'll crush you into dust!

[There is a shot of three Ainsleys]

Alexandra Bortz: You messed with the wrong girls...DIE!!!