Leon Thomas III As Kyle Auntry/the best friend of all

Vanessa Morgan-butchered by the fall of a fan

Alice James-crushed by the roof on fire

Kyle Auntry-cut in half by a giant window

the next film will be the main to drake bell, Briana Evigan and Alex Pettyfer with survivors of this film and carrie james (Sara Paxton)

vanessa when he dies, kyle and jake them in a van but this misses the truck engine and disarms as they know die by second death in the premonition

The film begins when a young alice james 17 years is in the school auditorium when suddenly the principal starts talking about the anniversary of Flight 180, the Highway 180 accident, the amusement park, the accident car race, the bridge and the mall 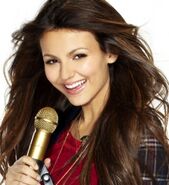 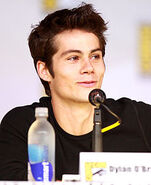 William
Add a photo to this gallery
Retrieved from "https://fanon.fandom.com/wiki/Final_Destination_7_%22School_of_Death%22?oldid=175745"
Community content is available under CC-BY-SA unless otherwise noted.
FandomShop DC Trivia GalaxyQuest