"Expectations" is a song by American singer and songwriter Lauren Jauregui, released on April 20, 2018. It is a guitar-driven R&B song written by Jauregui and produced by Kid Harpoon. Jauregui first performed the track in May 2018, at the 2018 Billboard Music Awards, marking her first performance as a solo artist at a major award ceremony. The song's black-and-white music video was creatively directed and co-edited by Jauregui and portrays two opposing facets of the artist.

"Expectations" is one of the first songs Jauregui wrote while she was in a process of self-exploration and re-evaluation post her departure from Fifth Harmony in late 2017. Jauregui later said that she was "putting the final touches" to the song. She gave fans a brief preview of her upcoming single on April 1, 2018 with an 18-second snippet of its video.

Composed in a compound time signature, "Expectations" is a guitar-driven, slow-burning, soulful R&B song.Lyrically, "Expectations" finds Jauregui depicting a relationship state in which her partner does not appear to be responsive. It expresses vulnerable assumptions and the struggle of wanting to change the situation. Jauregui said that the record is an "exploration of when you’re in a relationship with someone and you don’t want to have expectations. But they kind of get in the way, regardless". She wrote the song in about 30 minutes.

In the preview of the music video, the background features a moody black-and-white clip of Jauregui slowly walking down a dimly lit hall and standing on a bridge as a muffled snippet of the song plays in the background. Creatively directed and co-edited by the artist, the video was released on May 4, 2018 with Jauregui portraying two sides of herself. Jauregui said of her concept for the video: "I wanted to focus in on the duality of existence. The more naïve, young, innocent self, and then the more dominant, sensual, violent self, because they both exist in me, and so they were exploring each other […] and that happened". Billboard said the "moody" music video is a "heartbreaker". Uproxx described the video as "striking" and "setting high expectations for what's to come from Jauregui." MTV wrote that it is a "stunningly sinister visual" that makes a similarly "strong statement" as the song.

"Expectations" debuted at number 98 on the US Billboard Hot 100 before exiting the following week. The song later re-entered at number 60 before peaking at number 28 twelve weeks later. The song spent five weeks within the chart's top forty and lasted a total of twenty weeks on the chart. It also peaked at number 15 on the US Mainstream Top 40 chart. 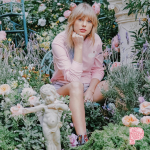