Digimon: The Battle for Earth
Digimon: The Dark Network is a Japanese-American science fiction fantasy action-adventure film directed by Jake Kasdan and written and produced by Drew Gars. It is a sequel to the 20** film Digimon and the second installment in the live-action Digimon film series taking place two years after its predecessor. It stars Ansel Elgort, Josh Hutcherson, Bella Thorne, Liana Liberato, Asa Butterfield, Robert Sheehan, Ty Sympkins and Patrick Stewart reprising their roles from the first film.

During an interview with the producers, Jeff Nimoy and Drew Gars (who is also the screenwriter), stated that there will be a sequel but director Robert Stromberg will not return to direct due to scheduling conflicts. It was later announced that Jake Kasdan will direct the film. Elgort, Hutcherson, Thorne, Sage, Butterfield, Simpkins, Sheehan, Stewart, King, Middendorf, Bourne, Hopkins, Perkins, Tunney, Passmore, Alexander, Trucco and Dhavernas revealed in interviews that he has signed on for three Digimon films.

Actor Nicolas Cage is casted to portray the film's main antagonist, Etemon. The voice actors will reprise their roles as the Digimon companions. Dave Bautista was cast to play Andromon. It was later reported that John Goodman and Christopher Lloyd are to be part of the voice cast. 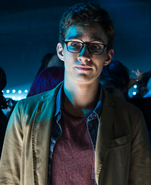 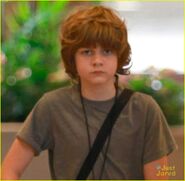