Fanon Wiki
Register
Don't have an account?
Sign In
Advertisement
in: Pages owned by users, Articles by Drew Gars, Films directed by Nacho Vigalondo,
and 113 more

Digimon: The Battle for Earth

Digimon: The Battle for Earth

Digimon: The Fate of Two Worlds

A year after their second adventure in the Digital World, the DigiDestined have moved on with their lives. But they recieve a message from Gennai that reveal that there's an eighth DigiDestined and that an evil Digimon named Myotismon and his army have arrived in the real world to find him/her. They decide to find the Eighth member before Myotismon does. Meanwhile, Myotismon presence causes the apparent death of the President of the United States, so the government takes action into tracking him down.

On Earth, at the international government agency D.A.T.S., computer scientist Laurel Walsh (Orla Brady) has detected an unknown digital object on the highway of cyberspace, She and her assistant Sara Jean Aubrey (Genevieve Gaunt) head to the director of D.A.T.S. Satsuma Rentarō (Ken Watanabe)

During production on Digimon 2, executive producer Jeff Nimoy announced that there will be a third of the live action Digimon film series. Director Nacho Vigalondo would to direct the film.

Simon Pegg and Dan Aykroyd have returned to reprise their roles from the first film. Gars stated that Pegg will receive a larger role in the film. It was announced that Tom Cruise would star as a lead supporting role in the film, while Liam Neeson, Orla Brady and Genevieve Gaunt were in early talks to join the cast of the film. On March, Zach Woods was also in final talks to join the film and to play seventh and final supporting role. On April, Jennifer Garner joined the film to star as the First Lady to Cruise's President Oliver. Cruise will play as U.S. president Oliver who teams up with the DigiDestined to save the planet. Gaunt and Brady will play scientists who detect Myotismon coming to earth, Neeson will be U.S. Vice President Loomis and Woods will play a cowardly government agent. On July, Anna Kendrick was added to the cast of the film to play Carol Williams, a woman whose the reason Myotismon's on earth. Ken Watanabe joined the cast of the film to play Satsuma Rentarō, the head of D.A.T.S.

Aside from the human characters, Australian actor Guy Pearce was casted as the film's main antagonist, Myotismon. Actor Chris Pine joined the film as the voice of Wizardmon. 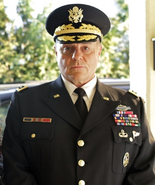 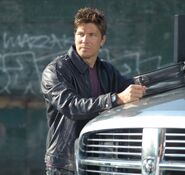 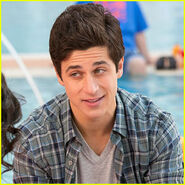 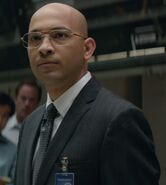 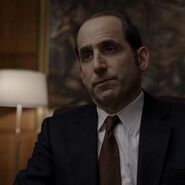