Deus Ex: Human Revolution is a film adaptation of the popular video game Deus Ex: Human Revolution (2011) and the reason why Eidos and Square Enix went with Human Revolution rather than the original and a bit superior game to adapt to film is unknown, but they did it, with a budget of 20 000 US Dollars, the effects or locations weren´t hard to find since the whole film could be shot and edited on Sean Connerys futuristic Bedside table.

The Movie is directed by Sean Connery and produced by Adam Sandlers dog.

The Plot of Deus Ex: Human Revolution is basicaly the same as in the video game, but because Sean Connery wanned something for the use of his bedside table, he had a part in a redicilous scene were Sean Connery appears out of nowhere as himshelf and gives Adam Jensen the ultimate weapon to defeat Zhao Yun Ru that isnt even in the demented concept art. (A lazer barfing cat)

James McAvoy as Frank Pritchard (Because duh.. he doesnt look like him.)

Nicholas Cage as every side character: Citizens of every city in the film, guards, voices, so on and so on. 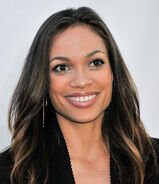 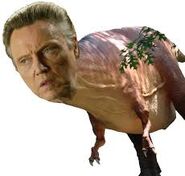 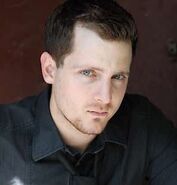