Rhonda- A bubbly ogre girl who has a habit of being loud.

Rojen-starts as the crown prince of the Dragons but becomes king after the death of his father.

A (FtM) transgender teenager. He is a free spirited individual who is generally not worried of being the person he truly is.

Cecilia "Bug": Cecilia has suffered from a life threatening disease as an infant much to her parents's chargin. As her illness worsens and several doctors could not cure her, took her to see out of desperation. The Gods used their powers to heal her but made her blind and turn her hair silver as a side effect. Despite being blind, she was gifted the ability to navigate her surroundings and to see everything without her eyesight. She and later married in the movie

Cecilia's easygoing uncle and adoptive father who is secretly a wizard. He is fully supportive of his niece's relationship with another girl.

A faun and the mate of

A 17 year old half hobgoblin half mage hybrid

Nicole- The commander of

The ruler of Zann.

It's over brother; I have the high ground!

You overestimate my power!

What point of Don't try did you not understand?

I have lost my wife, my son, and everyone i loved to that sicko and I just can't bear letting you get into that position. I did all this in order to protect what little I have left. 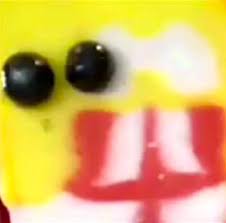