Dark Shadows (DinosaursRoar's Version) is a 2017 American musical horror comedy film that is an alternate version of the Tim Burton's version in 2012, with Barnabas being truly evil and the main antagonist instead of vice versa. Despite this, the film recieved 89% postive reviews from dylanuses, common humans, hunchbacks, phantoms, and other sapient species and beings, except vampires (who gave the film negative reviews over making Barnabas the vampire pure evil).

In 1760, the Collins family moves from Liverpool, England to Maine and establishes the fishing town Collinsport, where they built their estate, Collinwood.

When he first arrives, the young son Barnabas Collins (Johny Depp), meets the young Angelique Bouchard (Eva Green), who instantly became a love interest for Barnabas. Angelique's witch mother who was with her at that time warned her of socialising with people of noble birth, since her mother thought noble people were awful people who torture the innocent (even though this isn't true). This, however, did not stop Angelique from following the family for many years, hoping to be loved by Barnabas, but to no avail.

By 1776, Barnabas, now a grown man, falls in love with a young woman named Josette du Pres (Bella Heathcote), scorning Angelique's witch mother who was now working as a maid in his household. Turning to black magic, Angelique's mother curses the Collins family, first turning Barnabas's mom and dad into hideous giant 17 ft tall trolls that prey on humans and were killed off by troll hunters. Then by enchanting Josette to leap to her death off a cliff called Widow's Hill. In a fit of grief, Barnabas attempts to leap to his own death but fails, as Angelique's mother curses him to the immortal life of an evil vampire. When he still rejects her advances, she turns the townspeople (including Angelique herself, who mistook Barnabas as a vampire for an monsterous outsider) against him, and he is buried alive in a coffin.

In 2017 (that is, 241 years later), a young dylanus named Dylan Hooton was looking for a home to live in since he lost his home due to a forest fire that killed his family. He is then greeted by Collinwood's new owner and current reclusive matriarch, Elizabeth Collins Stoddard (Michelle Pfeirffer), who then accepts Dylan's invitation and welcomed him as a new member of her family. Her nephew David (Gulliver McGrath), for whom Dylan will be caring, believes his mother, who drowned in a boating accident, still visits him. Dylan does not divulge that since he, too, can see ghosts.

After meeting with David, his live-in psychiatrist Julia Hoffman (Helena Bonham Carter), his father Roger (Jonny Lee Miller), and Elizabeth's two daughters, one being an adopted sweetheart Victoria Winters (aka Maggie Evans) (Bella Heathcote) and the rebellious Carolyn (Chloë Grace Moretz), Dylan is now an adopted member of the house. Two months later, during one night, Dylan and Victoria sees the ghost of Josette, who warns that "he's coming" before disappearing after falling from a chandelier, leaving Dylan confused.

That night, Dylan was having a nightmare, where he comes near a fireplace, he then saw Barnabas's arm and Dylan saw a painting of Barnabas, which matched exactly like Barnabas himself. He then noticed Barnabas making a loud evil laughter as Dylan ran away in fear. He ran into his own room with Barnabas stuck outside, but Dylan saw a coffin in his room and when he looked out his reflection in his mirror, his reflection disappeared and when he touched and felt himself, he then screamed as he knew he was a vampire, or so he thought, but fortunately, he woke up and realized it was just a bad dream.

The next morning, Dylan was shaking in fear on a nightmare he had last night. Before they started eating their waffles for breakfast, an unexpected intruder arrives, an evil vampire named Barnabas Collins, greets the Collins family and said his name is Barnabas Collins the Third. Despite this, Dylan still knew something's strange about Barnabas Collins.

As the TV was playing, a modern descendant of Angelique, Rosie Bouchard (Eva Green), who is a news reporter, was on the crime scene showing seven construction workers who were all already dead from some attack last night, which she and most other citizens thought it was a normal serial killer's attack. But Dylan had examined the footages of the crime scene and he had found bite marks on their necks, so he realized something is wrong here. He then went into the basement underneath Collinwood, where he found a lair with a coffin inside. Inside the coffin, Dylan had found Barnabas's body. Dylan now realized that Barnabas was a vampire and he went out quickly in case if he was going to wake up suddenly.

Back in the lair after he woke up, Barnabas plans his evil scheme for world domination, his plan was to turn all people and dylanuses into vampires. Fortunately, Dylan had a plan to defeat and destroy the evil Barnabas Collins. He had already purchased vampire repelling and vampire killing weapons and tools like wooden stakes, garlic, crucifixes, holy water, and such. He was training in his own training room so he could be prepared to fight against the vampire. After his workout and training, Dylan went back into his room and hopes he could vanquish the evil of Barnabas Collins.

However, later that night, as Rosie in her laboratory of the Collinsport fish refinery was studying the samples of the workers that workers that were killed, Barnabas had came into the room and bit her in the neck, sucking all of her blood out, thus killing her. As a response to Rosie's death, Dylan (who was now wearing cloves of garlic, a crucifix necklace, and holding a wooden stake) came into the fish refinery, but had discovered that Barnabas had killed Rosie, and Barnabas left out of the fish refinery. Dylan ran out of the refinery to try to stop Barnabas, but as he did, the fish refinery exploded due to Barnabas's supernatural powers and (possibly) his servant. Dylan looked back and saw devastation of the place caused by Barnabas Collins as he looked in fear, sadness, and anger.

As the police came and saw Dylan next to the fish refinery in ruins, the police officers thought Dylan caused the refinery to be destroyed so they almost arrested him. Luckily, Dylan had found proof of Barnabas causing mayhem, the footage of Barnabas killing the construction workers one night earlier and a footage of Rosie's demise by Barnabas's attack (and some servant who caused the explosion), so they let Dylan go and both Dylan and the police found some servant named Willie Loomis (Jackie Earle Haley), who was partially responsible for the explosion. Willie also stated he wants to live forever and obey his master (Barnabas Collins), but the police knew it is wrong and they thought Willie was insane so they arrested Willie.

Dylan, meanwhile, ran back into Collinwood, where he had found Collinwood being more quiet than usual, but as he had found out, he saw Victoria, Elizabeth, Carolyn, David, Roger, and Julia, who were all tied up. Dylan was scared and knew that Barnabas was behind all this, as he removed a rope around Elizabeth's mouth, she is worried about Barnabas harming Dylan so she is warning Dylan to run. However, Barnabas was still in Collinwood, encouraging what is it like to be a vampire and tries to bite Dylan to turn him into a vampire, but Dylan managed to overcome this false belief of positives of being a vampire (since it would cause negative impact to all humans and dylanuses) and fought against Barnabas Collins. They both fought each other until Dylan was held by Barnabas, who was ready to bite him to turn Dylan into a vampire, but fortunately, Dylan threw a wooden stake through a chandelier, breaking the top off and the chandelier with a wooden stake fell onto Barnabas Collins, puncturing through his heart and had killed him as he turned to dust.

Dylan was exhausted from the fight and he was reunited to the Collins family after he untied them and freed them. Dylan was awarded by the mayor of Collinsport as a hero and a savior of the city as "the honoring hero who defeated the evil vampire, Barnabas Collins."

After the middle part of the end credits, Rosie wakes up in a cemetery as an immortal vampire, so this movie could possibly get a sequel.

Songs Used In The Movie

Same as the Dark Shadows 2012 film version, but with a little less sexual-like content no profanity other than 2 uses of d**nation and 1 use of d**n and and 1 use of d**mned, to make it less adult content-like film and make it more friendlier to the slightly younger audiences and dylanus audiences. 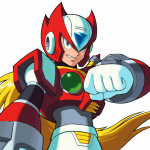 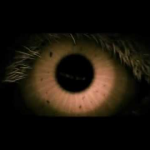