Curse of the Damned

Three young detectives are targeted by a gypsy's supernatural curse after they accidentally resurrect a deceased detective back from the dead to life by using her book.

Tyler, Erica and Irena help out Michael in the hospital

Tyler and Irena attempts escape out of the cave

Ghost Skylar kills Lily for killing her 18 years ago

After Village Roadshow Pictures logo, it cut to the opening credits for 30 seconds with a serious music plays before showing the film's title.

In association with Village Roadshow Pictures

Curse of the Damned

It's only showed in the ending credits.

This is shown for the soundtrack album in the year anniversary of the 2014 film Maleficent. 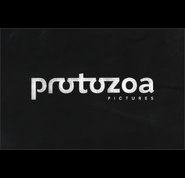