District attorney David Burrows is assigned to charge his older brother, media mogul Joseph Burrows, with the rape of Japanese ballet dancer Kazuko Suzuki. As the trial goes on, David must deal with the pressure from his parents to drop the case, the ferocity of Joseph's lawyer Kate Hale, the stress of trying to convict Joseph, his own brother, and his own growing feelings for Kazuko. 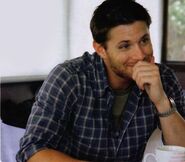 Kate Hale
Add a photo to this gallery
Retrieved from "https://fanon.fandom.com/wiki/Court?oldid=352274"
Community content is available under CC-BY-SA unless otherwise noted.