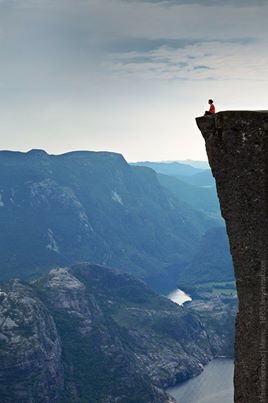 Carter awakens and he's in a plain room and a video camera is in the corner of the room. Amy and a dark shadowed person is watching him and he comes into the light and it's Chad. The Circle starres at Breannon's dead body in shock and it suddenly disappers into a gold light. Katherine ia afraid that Amy arrested Carter for this. Blake says he will go to the witch prison with Will and Ray. Janelle, Rayna and Samantha take Carter out of the room and take him to the dayroom. Ryan and Sherry people  who work there give Carter food to eat and they evaulate him asking why he pushed Breannon. Carter tells him to get rid of Christopher so Breannon's soul can be free. Carter goes into the dayroom where he finds Cordeila and Jason. When Christopher was in Breannon's body he setup Cordeila and Jason like they murdered somebody and they were both sent here. Carter tells them the recent evnts and that Carter has no powers no more. Amy and Sherry goes to Dr. Hammer's office to talk about Carter. Sherry leaves the prison and walks to her car in the parking lot. Blake, Will and Ray stop her and she takes them inside and hands them over to Amy, Janelle, Rayna and Samantha. Amy puts them in cells since they tried to break into the prison and didn't succeed.

Dr. Hammer straps him down to the table and put a camera down his throat to see if his powers are gone for good. Dr. Hammer asks him who deflected him. Carter tells him that Christopher did. Dr. Hammer lets him go and he runs right into Chad. Chad runs away and Carte dosen't chase after him beacuse he dosen't care. Breannon appers and tells Carter that he dosen't know why and he will find out why. Dr. Hammer comes up the steps and takes Carter to the dayroom. Carter tells Cordeila and Jason about Breannon, Blake, Will and Jason. Janielle, Rayna and Samantha bring Blake, Will and Ray into the dayroom.

They tell him that this place is awful. Chad is at his house nereby and Breannon appers to him and demands to know why he's working with them. Chad want tell him and Breannon takes Chad to the otherside to met somebody which awakes The Angel of Death. Miss Hendricks comes to Chad and Chad is happy to see him. She asks him why he's working with them. Chad wants to know the secrets, what witch group are dangerous and trying to stop the witch war. Breannon takes Chad back and The Angel of Death is waiting there.

Amy tells Janella, Rayna and Samantha that if they see The Angel of Death to bring her to her even if that means hurting her. Chad is ashamed of what he has done and wants to quit but Breannon tells him not too beacuse The Circle wants to know about the secrects an the witch war. Breannon appers to The Circle and tells him what's going in West Virgina. They decide to come down there and try to stop Amy. Breannon tells Carter that The Circle is coming to get the out and to stop Amy. One of the inmates stabs another inmate in the dayroom and The Angel of Death appers to him.

Only Carter, Cordeila and Jason can see her and she bends down and kisses him taking his soul to hevan. The Angel of Death notcies them and walks over to them wondering how they can all three see her. The Angel of Death grabs Carter's arm and she see's him with Chad. She tells him that Chad brought her back to life and he's afraid to talk him beacuse of what he did. Carter tells The Angel of Death to have him see him later on. Breannon appers next to The Angel of Death along with Dalton and Miss Hendricks.

Miss Hendricks tells Carter to call her Shelby. Shelby and Cordila hug and it turns out that Coreila never killed Shelby and Shelby dosen't know who killed her beacuse somebody got her from behind. Dalton tells him that Breannon is helping him with his powers and that Christopher did kill him. Carter wished he had his powers back so he could bring back Breannon, Dalton and Shelby. Since Christopher died with Carter's powers and Breannon and Dalton the only way to get them back is to bring back to life Christopher.

When Amy, Janella, Samantha and Rayna leave The Angel of Death apperst to Dr. Hammer. Dr. Hammer actully knows her personally. Dr. Hammer tells her that you don't need to magic to bring someone back to life. He wanted to prove to the witches that you don't need power to bring someone back to life. The Angel of Death is impressed but dosen't want Dr. Hammer working for them beacuse there bad. Dr. Hammer is playing them and just wants in on the secrects like evreyone else in this place. Breannon tells Carter that Dr. Hammer is an allie and Breannon spends the night with Carter.

Chad comes see Carter in the morning and apolgizes for everything and tells him what he he told Shelby. Carter tells him that believes he couldn't be that bad. The Circle comes and demands them to bring Carter, Blake, Will and Ray out and Amy refuses to beacuse he killed Breannon but they tell her that Breannon was beaing possossed and she dosen't believe them and tells them to leave. The guards take them out of the building. Katherine, Micheal and Seth decide to sneak in and come to the prison at night. They find a tunnel that goes underneath the prison.

They walk through that and find Ethan who is guarding the place. He demands to know why there here and he lets them in beacuse Ethan wants to escape and didn't where to go. When they walk past them Ethan leaves the tunnel. Katherine finds the opening up above and it's Dr. Hammer's office. She opens it and she, Micheal and Seth climb up and Dr. Hammer has a shotgun pointed at them demanding to know who they are. They tell him and there here for Carter, Will, Blake and Ray. Dr. Hammer smiles and puts the shotgun and says "I've been expecting you Katherine." They know eachother.

Dr. Hammer's real name Cody. Cody tells Katherine that his experiment worked and he can bring people back to life worked. Cody tells her about Chad, Cordeila, Jason, Carter, Blake, Will, Ray and there experinece here. Chad gets Carter, Blake, Will, Ray, Cordeila and Jason and tells them that Katherine, Micheal and Seth are here to get them. They try to go to the basment where Dr. Hammer's office is at but Janella, Rayna and Samantha block the door demanding the know where they think there going. Janella tells Rayna and Samantha that there trying to escape and they let them.

That was the whole plan. The Angel of Death was working with Janella, Rayna and Samantha. They come into the basement where Katherine, Micheal and Seth are at. Katherine tells Cody to come with them and Cody says he will meet up with them later with Janella, Rayna and Samantha. Katherine, Micheal, Seth, Cordeila, Carter, Chad and Jason climb through the floor and down into the tunnel. A fright hound which is a vampire/zombie. The fright hound blocks there entrance.

Retrieved from "https://fanon.fandom.com/wiki/Corperealization?oldid=126358"
Community content is available under CC-BY-SA unless otherwise noted.