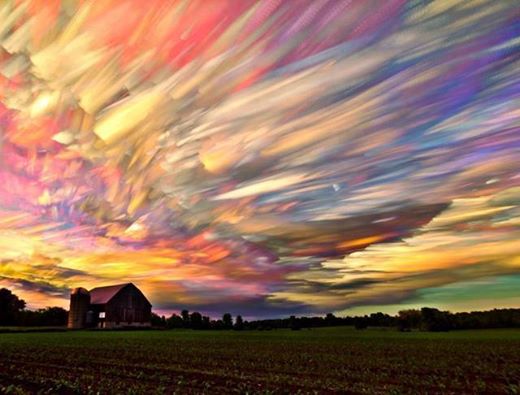 Carter and Snowflakes are trapped while the crocdiles surround there boat. A light shines on them in the distance is a boat. Damien and Horn are on that boat and they call on Earth to take the Crocdiles away. The crocdiles swim to land and they follow Damien and Horn's boat to a huge cabin that Carter's Resurgent group has been living in since the night Christoper killed him. Nathan calls the Circle and tells them that someone killed Chad by Necrkensis. He tells the Coven that Chad is dead for good and that his powers wont work. Katherine wants them to deliever his body to them.. Lucy, Harry, Chelsea, Nikki, Daimen and Horn learned to conjure the elements. They can feel somebody outside and Carter see's Dalton out there and Dalton uses Aura Chockeing. Carter can feel it but it's not hurting him he pretendes to die by falling to the ground.

Snowflakes runs outside to kill Dalton but he's gone. They tell them that Dalton can't get in beacuse they hexed it. Katherine calls Carter and tells him that Troutman and Chad are dead and Carter passes out. Snowflakes brings him back to Salmon's mansion. Chad and Troutman's bodys are in the garden. Salmon tells the Coven that Sean killed Troutman and McKenna beacuse they were working agansit him. Carter and Snowflakes knows who killed Chad but decides not to tell the Coven this. Sean, Heveraux, Dalton and Shelby call on Christopher's sprit. Christopher appers to them and tells him that he only appers to the Horn God and Moon Godess.

They want Christopher to come back to life so he can give back the Resurgent bloodline beacuse when he died everybody who had Resurgence it died. Sean and Heveraux want to bring back the evil Scryings for the witch war. Christopher says he'll keep it in mind and that they need to first find his dead body and bring it back by Electrokenisis. Mickey knows that Carter is lying about Chad's death and wants to know who killed his friend. Carter tells him that it was the Horn God and Moon Godess. When Carter goes to sleep that night they both apper to him.

They tell him that Christopher is destroying Coperealization so they can't apper to him. Chad and Troutman kiss him goodbye. Dalton dosen't tell the others that he killed Carter. Christopher tells them that someone brought his body to Lousiana and that it's sitting in the mountains near the cabin that Carter's Resurgent group was in. Christopher wants them to break Amy out of the witch prison first. Christopher appers to Carter telling him to be on the look out beacuse he's going to be brought back to life and the evil scryings will come back with him. Carter tells The Coven what just happend and the council tells them that there only five evil scryings in the history of witches. Volt(Chad's Dad), Kat, Casey, Earl and Drake and they turned evil. Carter and Snowflakes decide to tell the Coven about Chad's death.

Katherine tells them that it's dangerous to have the evil Scryings come back. Carter wants his Resurgent group to help beacuse they have Conjuration now. Carter tries to call them and they don't pick up and Carter gets a bad feeling. In West Virgina Sean, Heveraux, Dalton and Shelby come to the prison shooting it up and letting the prisoners out. Cody, Janelle, Samantha and Rayna who escape out into the woods. They break Amy out and run out in the woods.  Cody calls The Coven and tells them what just happend and thinks that there still out here in the woods.

The Circle flys to West Virgina and goes out to the woods and find Cody, Janelle, Rayna and Samantha. They say that they searched these woods and can't find them but they think that there hidding in the Loogerhead Cave which is nearby. Carter and Snowflakes walk off and they find the Loggerhead Cave. Sean and Heveraux uses Sleep Inudation on them causing them to pass out. Shelby tells Dalton that she will guard the cave. Carter wakes up and he's in one of the cells in the prison.

Snowflakes is in the next cell over. Sean has some of the crazy prisoners guard there cells. Amy is thanking Heveraux for getting her out of there. Amy tells Sean and Heveraux that Christopher has been seeing her and telling her his evil plans for revenge on The Coven. Amy wants to kill Cody, Janel, Rayna and Samantha for putting her in here The Coven finds the cave and Shelby appers and shoots at them with energy beams. Katherine stops her powers and levatates her in the air.

Cordeila asks why she's doing this and she says that she wants to be a powerful evil scrying and she shoots fire balls at them but Brennen sheilds it and she jumps down and runs off into the woods with Cordeila behind her. Cordeila catches up with her demanding her to stop what she's doing. Elise thinks that Carter and Snowflakes were kidnapped and taken to the prison. The Coven goes with her to the prison except the council. Shelby tells Cordeila that she's never going to be nice to her ever again and electrocutes Cordeia's body. Cordeila sobs and soul blasts Shelby sucking the evil soul out of her killing her.

The Council finds Cordeila by Shelby's body crying saying that she had no choice and that she wasn't going to stop. Elise and the others sneak into the prison. Elise uses Sleep Inudation on the patients putting them to sleep instantly. They find Carter and Snowflakes and lets them out. They leave the prison for good and retreat at Cody's huge mansion that the Coven can stay in. The Coven dosen't know what to do but decides to stay here beacuse there around here somewhere. Sean, Heveraux, Dalton and Amy are hidding in the cave when Christopher appers to them and tells him that someone in the Coven put his body in here.

The person that killed Shelby moved his body from Africa to here and Christopher laughs and says "I know the person in the Coven that moved my body." Carter's Resurgent group calls them and tells them that there staying at the Charleston High School and to come there. They tell him that the school is keeping a powerful ruby that can bring Christopher back and Christopher is looking for that ruby. Carter, Snoeflakes, Brennan, Kalysta, Krysta and Christina go with him to the school. They walk around the school trying to find them but can't.

They go into the audiotourm where there preforming for a play and spots them. They go sit by them and they tell them that they convinced Angela Carrie the principle to give them the ruby. They show them the ruby and give it to Carter. Ray goes back to the woods that surround the prison. He goes off into the woods with a flashlight. After The Coven leaves Christopher and a tall man appers at the school looking for the ruby. Carter's Resurgent group escapes. Christopher kills Angela Gray beacuse she didn't tell him where the ruby is and he storms out. Carter explains to the Coven about the ruby.

Cody has a chinnese dragon statue that he bought while he was in China. He puts the ruby in the dragon's gaping mouth and it closes locking the ruby inside. The only person that can open it is Cody. Ray finds the cave and goes inside. He runs into Christopher who smiles wickedly. Carter reads about the evil scryings in a old book that Cody has in his libary. While reading the book Christopher appers to Carter and tells him that he has Ray now in a safe place and laughs and Carter hurles wind at him and he disappers. The Coven comes in wondering what's going on and Carter storms out.

Carter gets in his car just as a storm starts up and hard rain pours down. A tall man in a trench coat and hat is standing there at the bridge that Carter is about to cross. The man dosen't move as Carter honks the horn. Carter gets out of the car and storms up to him and see's a shadowed face and tall man attacks Carter and throws him into the icy water. Carter passes out in the water. Snowflakes and The Coven go into town looking for Carter. Brennan, Snowflakes, Blake and Will find his car on the bridge. Carter wakes up and he's in a feild of grass and it's dawn. His Resurgent Coven is around him.

Snowflakes and Brennan run outside. Carter starts to reconize the woods and finds the Carter+Snowflakes+Brennan=forever carved into a tree that he made yesterday. Brennan and Snowflakes find Carter and his Resurgent Coven and they kiss Carter and they all go inside. Carter and the Resurgent Coven tell the Coven what happend to them. The Council starts to panic beacuse the tall man is a powerful demon human named Longshadow. Christopher must have summoned him. Longshadow was a beautuful Angel but he turned evil and Volt turnded him eviler by giving him some of his evil powers and Longshadow devolped eviler powers. The witches of salem invited Longshadow to come vist them and they killed him beacuse he was too evil.

Carter tells them about Ray and cries in Brennan's arms. Cody tries to see Ray in his mind but can't. Christopher appers to them and tells them to come to the cave beacuse Ray needs there help. They all leave and drive to those woods and find Ray's car. They find the cave and go in. They can here laughing from ahead of them. They follow a huge glowing yellow light and find Christopher's dead body with candles surrounding his body. The sprit of Christopher goes inside of him and Christopher is clutching the ruby. Longshadow broke in and broke the dragon with his demonic powers. He laughs at them and tells them that they better run.

The Coven runs out of the cave where they see the dead body of Ray hanging from a tree. Amy, Sean and Heveraux come out from behind the trees. The Horned God and Moon Godess stand on tree branches near Ray's body. They all chant and suddenly hands come out of the ground and the sky fills with crying and screeching ravens and the evil scryings come out of the Earth and surround the Coven.

Retrieved from "https://fanon.fandom.com/wiki/Conjuration?oldid=192328"
Community content is available under CC-BY-SA unless otherwise noted.