Barry Charles and Michael Hill first met while both were students at British Museum.

Hill left his job in 1959 and founded his own production company, Puppet Frame Productions.

In 1989 the studio produced a full-length feature of Ronald Davis's "The Magic Store" music by Robert J. Walsh and Spencer Nilsen. 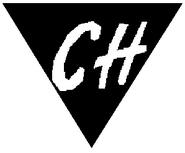 Retrieved from "https://fanon.fandom.com/wiki/Charles_Hill_Films?oldid=562968"
Community content is available under CC-BY-SA unless otherwise noted.