Cami Watson Haunted By Her Family's Past takes place after the events of Lauren Malloy Comes to New York. Cami went to Waikiki Hawaii to get away from the murders in Woodsboro but soon afterwards the murders start up again and the Killer's MO is a lot like her cousins. Lauren Malloy returns to kill Cami.

Emma Bell as Cami Watson- She is in Hawaii for a vacation and hopes to meet a nice guy.

Nicole Kidman as Julie Mone/Cami's biological mother- She has followed Cami to Hawaii to tell her that she is her mother.

Daniel Dae Kim as Detective Tommy Kehoe- He is a nice cop who investigates the murders after they start, he also seems to know more about the Mones then he is letting on..

Sophia Bush as Colleen Matthews- She is a girl from California who becomes friends with Cami.

Neve Campbell as Sidney Prescott-She is seen in Cami's dream where she and Frank tell her that Ghostface is coming, but she doesn't listen to it.

Gary Sinse as Det. Frank Nightingale-He is seen in Cami's dream where he and Sidney tell her that Ghostface is coming, but she doesn't listen to it.

Alicia Sliverstone as Det. Emme Lloyd-She makes a quick appearance in the movie as a background person.

Lauren Malloy-She was planning on killing her sister Hayley, but she decides killing her friends would be just fine

Keri Smith- She is stabbed 3 times in the chest.(Valerie)

Bobby Wade- He is stabbed in the stomach in front of Cami and Julie.

Rebecca Drake- She has her skull crushed.

Milton King- He is pushed over his balcony and falls 7 stories and hits the pavement.

Gary Hooper- He has his throat slit.

Kelly Brooks- She is attacked in her car and stabbed multiple times in the stomach and chest.

Samuel Matthews- He has his forehead slashed.

Valerie Carter- She is shot in the heart 2 times by Cami.

At the end of the movie Cami sees Lauren Malloy she and Tommy chase after her but Lauren gets away. 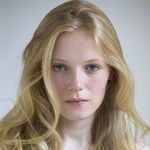 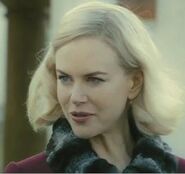 Colleen Matthews
Add a photo to this gallery
Retrieved from "https://fanon.fandom.com/wiki/Cami_Watson_Haunted_By_Her_Family%27s_Past?oldid=176915"
Community content is available under CC-BY-SA unless otherwise noted.