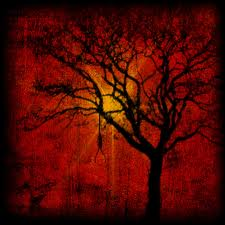 After Penelope defeated the evil and paranormol events when she was sixteen now her four girls inherited the family curse which will haunt you and possess you and cause paranormol stuff to happen around you.

Penelope Bates is in fear of her four daughters life after they turn sixteen. The reason why is beacuse after Penelope's grandmal make a deal with the devil for rich and wealthness and exchange of eating teh three souls of each girl that is born into the family leaving one he would less eat. Penelope was the only one who survived out of her three sisters. That night of there sixteen birthday Evelyn goes downstairrs to get some water in the middle of the night and here's the giggling of little girls.

Evelyn looks around and dosen't see anyone. The little girls start giggling again and Evelyn closes her eyes and when she opens them a demon woman is starring into her face and Evelyn screams and drops her coffee cup and tries to leave the kitchen but gets dragged into the basement by an unseen force but she manages to pull herself upstairrs where she runs into her family. Penelope asks her husband Jaxon if they can move somewhere else and they move to a new victorian mansion in Gerogia where there cousins move in also.

That night Ruby heres the door to her room open and footsteps walking out. Ruby tells Penelope and when Penelope comes into her room she dosen't here anything. When Peneolpe starts walking away Ruby is shoved to teh ground by an unseen force.

Retrieved from "https://fanon.fandom.com/wiki/Birthday_Death_Wishes?oldid=105183"
Community content is available under CC-BY-SA unless otherwise noted.