Fanon Wiki
Register
Don't have an account?
Sign In
Advertisement
in: Articles by Drew Gars, Films directed by David O'Russell, Films based on True Events,
and 36 more

In the Golden Age of Hollywood, Aaron Banks is a journalist for the soon-to-be fading away gossip journalism company Behind the Curtains Magazine with a beautiful wife and baby girl. His boss decides to send him on a string of investigations on some of the most innocent people in Hollywood: famed comedian Reggie Pratt, America's Sweetheart singer Kayla Starz, popular football player Isaac Denser, Hollywood action star Lee Jackson, and Oscar winning actor Bennett Lawgiver. In real life they're not so innocent; Pratt is a child kidnapper who kidnaps children, tapes them having sex and he rapes and kills them afterwards when they are no used to him anymore, Starz is a drug lord who in league with the Irish cartel, Lawgiver was once a serial killer and he tries to hide his past but cannot get over it, Denser hires an assassin to kill rival football players. 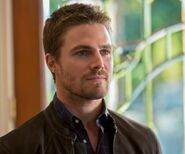