Batman: Under The Red Hood (2019) is an 2019 Live-action adventure, drama, comedic and suspenseful comic book film and is the long awaited solo Batman film to be included in the DC Extended Universe as well as the live-action counterpart to the animated movie of the same name and one of the two sequels to Justice League: Part II. Multiple rumors had tried to pinpoint when and even if this film would be out, from the direction it would go towards with Ben Affleck stepping down from the directors chair to other rumors claiming he’s stepped down from portraying Batman all together. It took an extra 2 years since the box office success of Batman V Superman: Dawn Of Justice for news to break through: the film had begun principal photography around the time “Justice League” had hit theaters......

.....which meant that an early 2019 release was inevitable. Whether or not this is Ben Affleck’s last time portraying the Caped Crusader remains to be seen.

The film is written and directed by Matt Reeves, produced by Zack Snyder and distributed by both Warner Bros., and D.C Entertainment.

Over on the mountain side.....

......the time of day had finally changed as the reflective beaming of the suns shadow began to slowly roll and fade away from the surface as the mild tranquility of the afternoon transitioned into a beautifully cool evening breeze and a beautiful sapphire sky.

The wind was rather soothing as it brimmed past the metal texture, structure and surface of what appeared to be an abandoned warehouse. Rather convenient for someone to be doing business in the middle of nowhere, huh?

Thing is, though......that couldn’t be ANY more further from the truth.

The blowing wind sound of a crowbar smacks against the soft tissue and flesh of human skin, leaving another mark on the face of a young man.

With a black eye swollen over his left eye, barely covered with a mask over his face......and his excessive coughing......this boy was in dire straits.

The unfortunate thing about the situation was......this was NO ORDINARY boy.

And he was practically in the WORST condition of his life in here. His bones have been broken, his body has been shattered, his vision was all but blurry, he could barely stand up, and the blood.....

......was splattered all over the walls.

Another whack of the crowbar launches him back towards a pile of wooden boxes, as he crashes into them. Once again, he coughs excessively and without any control.

Jason: B-Batman? Is that you?

Joker: Batman's not coming to save you kid. He's already searched from roof to sewer for a full 365 days and.....well now......I’d say he's already given up searching.

This little announcement, if you will, made him look down I’m not only disappointment but in pure anger. Mostly because he didn’t believe him.

Joker: Oh, don't look so sad, broski. You have a place with us by our side.

Joker: THAT'S THE SPIRIT! Imagine you and me together on the streets chasing down the weak and defenseless. We'd be a NEW dynamic duo. Just like Batman.....and that new boy wonder of his.

Guess denial is the clincher.

Jason: H-he wouldn't do that!

He digs into his jacket pocket, unfolding it with care......before shoving it into Jason’s face.

Joker: So this isn't.....Batman with a Robin wanna-be? Or is that—Funny. Was it the ears that fooled me? Or the cape? I can't really tell the difference.

The funny thing was it wasn’t a new Robin. Joker just photoshopped the picture and edited it himself to make it look like it was somebody new.

Joker: What was that??

Jason: He wouldn't do that!

Joker: I know it's hard to bare the pain. I didn't even want you to see that picture but sometimes.....you have to be cruel to be kind.

Jason cried softly but....Joker took a crowbar hitting him down on the flour

Joker: Hiya Bats! Are you surprised? Well have I got a major surprise for you.

The recording view caught Jason on the flour beat up

Joker: Wondering why your searches proved fruitless before you recruited that new kid....he's been with ME! The entire time! Hey Jason say hi to the nice Bat.

Joker: Oh sorry for his behavior *Comes on screen* I just told him the bad news of his replacement and....he didn't take it so well....but don't worry. He's in good hands. *Holds up a brander with a "J" shape* Cause I'm gonna make sure he never forgets his initial....or....mine in fact. Hahahahahahahaha!

The camera view came back on focus and recording showing Jason covered in bruises and the "J" brand on his left cheek and his Robin suit....spray painted "Jokes on you Batman"

Then Joker came on the screen

Joker: Is this thing on?

Joker: Good. Hiya Bats! It's your pal the Joker again. Only with a new twisting surprise. Jason? Have you got something to say to our dear Dark Knight?

Joker: That's my boy! *Faces the camera view* Did you get that Bats? The boy's no longer yours now. He's mine! Mine. Mine. To do with what I please.

Joker walked around Jason and to the camera

Joker: Say....I never really ask. The Bat what's his real name under that mask? Tell me.

Oh goody! Goody! This I have to record!

Joker suddenly took out his gun and shot him....

Puddin! Why'd you do that?!

Joker: I never really could stand a tattle teller Harley. You know that.

But I wanted to know who he is sweetie.

Joker: No one's ever who you think they are my dear. Why spoil the fun? That's why Bats I like to play our games alone. Harley get a shot at the boy.

The camera shook around towards Jason's supposedly dead body

…..it cuts to the main title 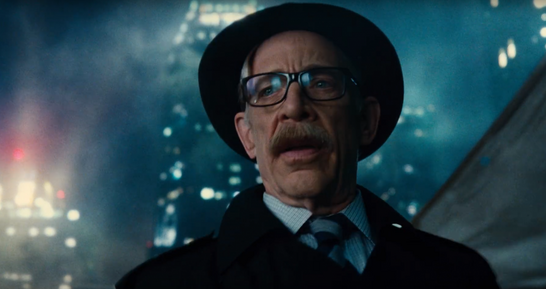 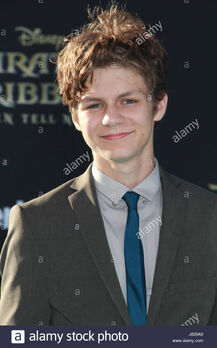 Retrieved from "https://fanon.fandom.com/wiki/Batman:_Under_The_Red_Hood?oldid=419271"
Community content is available under CC-BY-SA unless otherwise noted.