Fanon Wiki
Register
Don't have an account?
Sign In
Advertisement
in: Pages owned by users, Articles under construction, Pages created by CaillouFan,
and 6 more

Bacon Man and Noob is an American animated children's TV series. It first aired on October 23, 1997 on the TV channel Null as part of its Special Month event. It ended on April 15, 2001. Reruns continued to air on Null (the same channel it premiered and ended on) daily at 5:00 PM EST, until May 2, 2011.

On October 9, 2020, it was announced that Null renewed the show for a sixth season, nearly 20 years after the show's fifth season and original run ended. Season 6 is set to premiere sometime in 2021. 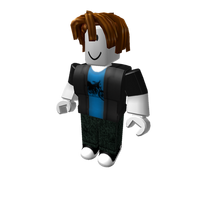 The show is about a ROBLOX Bacon Man and his best friend, Noob.

Each episode took about 10 months to finish production.