Avengers/Justice League: Across the Multiverse

When Loki, enemy of the Avengers, has his hands on a device that has the same engery as the Tesseract, he decides if he can't rule this universe, he will rule another universe. So the Avengers pursue him across the dimensions and discover that their universe isn't the only one filled with superheros.

The leader and benefactor of the Avengers who is a self-described genius, billionaire, playboy, and philanthropist with electromechanical suits of armor of his own making

The leader of a faction of Avengers and a World War II veteran, who was enhanced to the peak of human physicality by an experimental serum and frozen in suspended animation before waking up in the modern world and the superhero formerly known as Captain America.

An Avenger and the crown prince of Asgard, based on the Norse mythological deity of the same name.

The benefactor of the group of metahumans who is also a billionaire socialite and CEO of Wayne Enterprises who dedicates himself to protecting Gotham City from its criminal underworld as a highly trained, masked vigilante equipped with many powerful tools and weapons.

A Metropolis-based Kryptonian survivor and a journalist for the Daily Planet who uses his extraterrestrial abilities to protect humanity.

An antiquities dealer and acquaintance of Wayne who is actually a 5,000 year-old immortal Amazonian warrior princess and daughter of Zeus, who possesses superhuman attributes and abilities inherited from her parents.

An Avenger and a genius scientist who, because of exposure to gamma radiation, transforms into a monster when enraged or agitated.

A highly trained spy and former member of S.H.I.E.L.D. and the Avengers.

A master archer and former agent of S.H.I.E.L.D., who is a member of Rogers' faction of Avengers.

The king of the undersea nation of Atlantis, whose metahuman aquatic abilities and superhuman physical attributes originate from his Atlantean physiology.

A Central City police forensic investigator who can move at superhuman speeds, with his ability to tap into the Speed Force.

A former college athlete who, after being cybernetically reconstructed with a Mother Box after a nearly fatal accident, has powers that allow him to manipulate technology and to turn his arms to cannons.

A member of Rogers' faction of Avengers and former pararescueman trained by the military in aerial combat using a specially designed wing pack.

A member of Rogers' faction of Avengers, who can harness magic and engage in hypnosis and telekinesis.

An android and Avenger created using the artificial intelligence J.A.R.V.I.S. and the Mind Stone.

A neurosurgeon who, after a car accident that led to a journey of healing, discovered the hidden world of magic and alternate dimensions and becomes a Master of the Mystic Arts

One of the Elders of the Universe, who rules the planet Sakaar, and enjoys manipulating lesser life-forms.

Thor's adoptive brother and nemesis based on the deity of the same name.

A crazed supervillain and former psychiatrist.

A feisty and kind journalist for the Daily Planet and love interest for Clark.

Prince's mother and The Amazon Queen of Themyscira.

The Commissioner of the Gotham City Police Department and close ally of Batman. 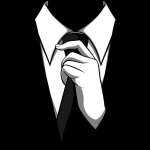