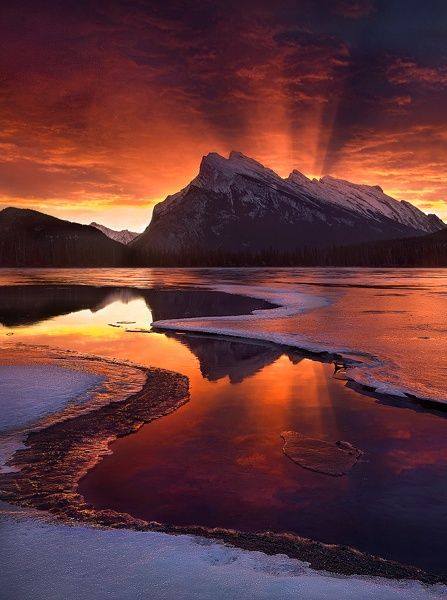 Carter has been missing for weeks and his friends think there dead Chad, Ray and Breannon are mourning over him. Chad talks to Ray and Breannon together and asks them if they want to have a funneral for Carter. They agree and go to the council and they agree also. Chad notcies a man in a red coat watching him but he ignores it. The man in the read coat goes to Carter and Blake's house. It's really Carter. Carter broke his neck and brought himself back to life again and he dosen't want to see Chad, Ray, Breannon or teh rest of the group beacuse he thought it was horrbile that he was daiting Blake, Will, Chad and Ray at the same time. Venus and Cato are living there and Carter asks if he should show his face to them and Venus and Cato tell him to do it beacuse there getting over it a little. Chad, Ray and Breannon go to the middle of the sub divison where there going to set up a memorial for him where they see someone in a red coat with the hood up standing there. The person takes his hood off and turns around and it's Carter. They all three hug him. The rest of them come out and there all happy to see Carter. Carter tells him everything about the house of ead resuregents an how he was daiting Blake, Will, Chad and Ray at the same time and they forgive Carter. Carter wants bring back to life Cordeila and Jason to find out what they know about Blake, Will and Christopher.

They disagree with them but they let Carter do it anyway. Chad uses his Clearvoyance and Jason and Cordeila are barreid in Witchgrove Cimatary which is only a cimitary for witches and warlocks. With the help of Chad, Venus, Cato, Ray and Breannon they get Cordeila and Jason's body ad Carter brings them back to life passing out. He wakes up back at the sub divison. Cordeila and Jason demand to know why they've been brought back to life beacuse there evil. Carter tells them to give them any information about Christopher, Will and Blake and other infomation.

Carter wants them to have there hummanity back. They land in Bostwana Africa and stay at several mansions that are by the Delta. Cordeila and Jason tell them that there staying at Camp Ockavongo nereby. Carter wants to go over there to see them but the Council says there going to watch them beacuse they don't want them to leave. That night Chad ad Carter have sex. Ray and Breannon want to talk to Carter and they go upstairs and walk in on them and Carter sees them and they slam the door shut.

Carter stops having sex with Chad and tells them about Ray and Breannon walking in on them. Chad knows how much Ray and Breannon feel for Carter and lets them have a threesome with Carter. The next day Katherine, Carter, Cordeila and Jason sneak over to the camp and watches Christopher, Blake and Will. They talk about calling the Elements tonight by the river and they wonder what the hell that's all about. At night all of them come to the river and watch them call the elements and suddely the Horned God and Moon Godess appers and it turns out there working with Christopher and they plan on killing Carter and his friends.

Blake and Will suddenly remeber who they are and they tell them that they can't kill Carter and his friends and the Horned God and Moon Godess suddenly kill both Blake and Will. They smile and they disapper. Christopher walks off into the night. Carter runs down there and uses his Resurgence to bring them back to life. There glad that Carter brought them back to life but Blake is still mad at Carter for sleeping with Chad. Will decides not to like Carter anymore but there glad that they are not controlled by Christopher no more.

They want to know why Cordeila and Jason are with them. They tell them. The next day Carter notcies Ray sitting by the lake alone. Breannon see's Carter with Ray and gets jealous. Ray tells Carter that he thinks that he needs Augmentation which is the abilty that makes your abiltys stronger. Carter thinks he needs it beacuse Augmentation can give you more powers. Breannon is Augmentation and they ask him to do it. Breannon dosen't want to do it beacuse he's jealous but he dose it for Carter's sake.

They go out to the lake and Breannon casts a spell on both Ray and Carter and there both filled with power and energy and they pass out. Chad kisses Carter making him wake up and Ray was already awake. Carter has Fire, Earth, Air, Water and Sprit and Ray has Resurgence now and Cyrokinesis. They thank Breannon for giving them more powers. That day Chad help's Carter and Ray with there powers. Blake and Will come to watch which distracts Carter.

Blake and Will talk asking what they should do with Carter. They think they should just be friends with Carter and they tell him that and Carter just wants them to talk to him agaian like they used too. Later on that day Carter, Blake, Will, Ray, Loren and Hanna walk through the hills to spy on the camp to see what Christopher's up too. They don't see him and they see him ridding on a horse nereby and they hide in the bushes. He finds them and he and other people knock them out.

They wake up tied up in a field and Christopher tells them that he needs the Evil Eye which is blessed with Augmentation that made Carter and Ray have more powers. Christopher claims that he needs more powers to defeat them. It storms and Christopher makes them go inside beacuse the Horned God and Moon Godess is using Aerokinses. Carter thinks he can use Audibile Inudation on Chad and he uses it and he can feel himself in Chad's mind and he tell him where he's at and what's happend.

Chad tells the others just as the storm hits. Katherne thinks it's too dangerous to be out here. They try to manuiplate the storm but can't. Chad takes the risk and the Council goes with him. Katherine see's the Horned God and Moon Godess using the power to make the storm. Katherine, Cordeila and Jason decide to go over there while the rest of the council and Chad goes save them. Christopher comes into the room and still demands the Evil Eye and they claim they don't know what that is.

Christopher pulls out a gun right when Chad breaks in. Christopher shoots him in the head kiling him but Carter knows he can do something about that. Meawhile Katherine, Cordeila and Json demand the Horned God and Moon Godess why there doing this. They tell them that they need more power and the more witches and warlocks die there power goes to them and there's new power everyday. Katherine tries to kill them with fire balls but they sheild it and they hit the sheild and fly back at them but they sheild it and it goes back and forth.

Carter is shocked and the others when they see Chad come back to life and stab Christopher in the back. He unties the others and uses Fire Balls to set the place on fire and they leave. Chad see's the Horned God and Moon Godess and Katherine, Cordeila and Jason sheilding the fireball still and Carter uses his Cyrokenisis to freeze the fireball and break the sheilds. The Horned God and Moon Godess disapper. Carter tells them that Chad has Resurgence.

Chad tells them that he didn't wnat no one to know about it beacuse he was afraid that Cordeila would kill him. Cordeila makes a comment saying she hates her old life. The book ends with a flashback of Breannon giving Chad the evil eye and Chad gave himself Resurgence and it shows Breannon sharpning a knife and he throws it at a drawing of Ray.

Jean-Luc Bilodeau as Will

Retrieved from "https://fanon.fandom.com/wiki/Augmentation?oldid=125572"
Community content is available under CC-BY-SA unless otherwise noted.