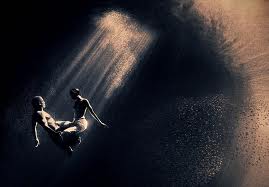 Lilly discovers her family on Moonsong and finds out that they think a Chupercobra lives in the cave by there house. In town they have a prade and Erick mets new guy Stan. Erick see's something in the alley and follows it to the dock. When he turns around a huge Chupercobra is standing there. Stan and Cody scare it off and they take them back to the mansion that Club Dead lives in. Alex knows Stan and invites him in. Erick tells them what happend and Lilly tells them about her family. Erick and Barbie go to Lilly's family house where they met Ashley, Ben, Carson, Miranda, Bond, Olivia and Kellan. They show Erick the cave and Erick starts to go in but Barbie stops him and Erick turns around.

Erick see's a race track nereby and see's Stan. Erick goes down there and starts talking to Stan. Barbie calls to him and Erick leaves. Barbie thinks that Erick likes Stan and Erick says "so what." pissing Barbie off. Alex asks what's wrong with Barbie. Barbie tells him that he thinks Erick likes him and Alex talks about him and Erick during vampire traning how he thought he loved Lance also and that you need to let him like other people.

Erick comes to the terms that he likes Stan and tells Barbie and Barbie says that he will let Erick date Stan if Erick still dates Barbie. Stan asks Erick out on a date at a restraunt where they have there first kiss. Erick comes to Stan's house where Lance and Barbie is waiting for him. Lance starts questioning him about there date and Alex comes in and stops his brother. Stan asks if this is all the boys that love him.

Erick says yes. Erick lets each of the four boys to kiss him and Stan leaves. Lance is filled with energy after he is done making out with Erick and Alex is too. Barbie just laughs at them. The next day Stan and Erick sit in the flowerfeid behind Club Dead's mansion and has sex in the shower. Erick see's the cloack figure in the woods again and follows him and finds out that it's Chad. Chad has been followig the Chupacubra and Troutman told him to watch over Erick. Erick goes to see Troutman and asks why he wants Chad to watch over him.

Troutman says beacuse he needs protection and they both here nosies outside and goes out there and they see the Chupacobra in the woods. Troutman and Erick are about to turn around when they here a noise from inside the house and they run off into the woods. Erick gets split up from Troutman and is about to be attacked by the Chupacabra when Drew saves him. Erick tells Barbie about it and Barbie goes into the woods and see's a girl walking around.

Barbie confronts the girl and she revels herself as Marnie a witch  trying to stop the Chupacubra. Marnie is the cousin of Drew and she is in a band of witches called The Spells. Other wiches Luna, Dusk, Nan and Satfire. Barbie think they know whats going on the island more then anbody else. Cody invites Erick to go into town with him and they do and see people following them. Erick and Cody get on a train and so dose the people and there on a bridge and Erick see's bombs on the bridge. Stan comes and stops the train and pushes it back away from the bridge just as the bridge explodes.

Erick and Barbie thanks Stan. Marnie tells Barbie that she thinks the Chupacobra is staying in the woods by the Bates Hotel. Erick, Barbie, Alex, Lance, Nan and Marnie stay at the hotel for the night. They met the creepy owners Gretta, Gunner and Geroge Bates. Barbie said that he didn't care if Erick dated Stan as long as Barbie is his last love which leads to them having s.

Lance see's a person in a cloack by the car and goes outside to invetstagate and gets chased by the Chupacobra and three supernatural crocdiles into the hotel. Lance runs into the room and warns Barbie, Erick and Alex. The crocdiles break in to the room and after a fight they manage to make it to Marnie and Nan's room where the Chupacobra breaks through the window and they all manage to make it outside. They try to start the car but the car dosen't work and they run through the woods and into the muddy water.

Damon, Ali and Bubba find them and take them back to there houses. Stan invites Erick to the Moonsong Race they have every year. Tris tells them that something bad is going to happen at the race and all of Club Dead goes. Some of the Club Dead will be in the race Ali, Ronnie, Bubba, Elvis, Parker and Fred. Erick watches over the race from the bleachers and see's the Chupacobra go into the cave and gets up and with Barbie they go to the cave where the get attacked.

Retrieved from "https://fanon.fandom.com/wiki/Ashes?oldid=121940"
Community content is available under CC-BY-SA unless otherwise noted.