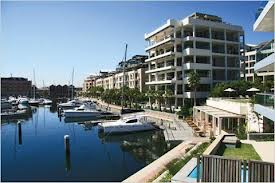 In Cape Town South Africa 14 bestfriends  Jessicas, Aly, Ouinn, Jason, Lexy, Kipp, Evan, Leah, Rachel, Brad, Scott, Helen, Lori and Mary Ann go to the pier by Victoria and Alfred apartment complex. When they get back they find an annyoing girl there named Robin Hammer. She begs to play hide and seek with them and Scott and Brad says yes if only she's it. They all hide in the gym building that has a pool on the top roof. Robin goes up to the pool and she here's soemone yelling her name over and over and she falls off the building and dies. The 14 friends come out after Robin dosen't find any of them. They think Robin went home so they went home and someone walks to Robin's dead body.

The next day the 14 friends go to the gym building and swim in the pool. Mary Ann leaves and goes to her car where she is attacked and stabbed to death. Lori and Brad have s and get into an argument and Lori leaves the building and gets chased to the front entrance where she is stabbed in the head. Helen here's nosises outside of her room and opens the door and gets ambushed as someone stabs her over and over.

Brad goes outside to see where Lori went and he to is chased but back to his apartment where he is stabbed in the head by the killer. leah and Rachel are in the shower where the killer comes in and stabs both of them to death. Evan wants to go to the river in the Apartment Complex and swim. Kipp is afraid to come but goes anyway. Evan skinny dips but Kipp sits on the pavilon/dock and gets pulled into the water.

The killer bashes his head against the dock killing him witnissed by Evan who is stabbed to death in the watre after a chase. Scott and Lexy go to the gym building. Scott works out and Lexy swims. Scott is blindfolded and he thinks its Lexy and she starts touching him but then he is stabbed in teh head and eyes.

Retrieved from "https://fanon.fandom.com/wiki/Apartment_Complex?oldid=188780"
Community content is available under CC-BY-SA unless otherwise noted.