Alpha Dog is a 2006 American crime drama film written and directed by Nick Cassavetes, first screened at the Sundance Film Festival on January 27, 2006, with a wide release the following year on January 12, 2007. Starring Emile Hirsch, Justin Timberlake, Ben Foster, Shawn Hatosy, Anton Yelchin, Olivia Wilde, Amanda Seyfried with Harry Dean Stanton, Sharon Stone, and Bruce Willis, the film is based on the true story of the murder of Nicholas Markowitz and related events in 2000.[2]

Johnny Truelove is a young marijuana dealer living in Southern California. His father, Sonny, supplies him with marijuana, which Johnny distributes to his gang of friends, including Jake Mazursky, who owes Johnny a $1,200 drug debt. Jake makes a failed attempt at asking his father, Butch, and stepmother Olivia for the money. Meanwhile, Butch and Olivia are dealing with their rebellious teenage son Zack- Jake's half-brother. A fight breaks out between Jake and Johnny when Jake tries to pay Johnny only part of his debt. After back and forth retaliation, Johnny and his two henchmen, Frankie Ballenbacher and Tiko Martinez, go to confront Jake in person, but when they go to his house he is nowhere to be found. As they leave, they find Zack walking and decide to kidnap him with the intent of holding onto him until Jake pays his debt.

Wanting a break from his home life, Zack makes no effort to escape. Johnny pawns Zack off on Frankie, who offers him a chance to escape, but Zack declines the offer, not wanting to cause any trouble for his brother. Zack stays with Frankie at his father's house, and the two strike up an unlikely friendship. The next day, he ingratiates himself with Frankie's friends, including Keith Stratten, Susan, and Julie, the youngest member of the group. A number of friends of the gang learn of Zack's kidnapping, though Susan is the only one who seems concerned.

Frankie grows nervous when Johnny tells him they could be in serious trouble for the kidnapping, and hypothetically offers him $2,500 to murder Zack. Frankie furiously declines and Johnny claims it was just a joke. Instead, Johnny agrees to Frankie's plan to pay Zack to keep his mouth shut. However, after a threatening phone call from Jake, and a phone call from his lawyer who reveals he could face life in prison for kidnapping, he decides the risk of ending up dead or in prison is too great to let Zack go. Johnny calls Elvis Schmidt and offers to erase his drug debt if he kills Zack. Frankie and his friends still believe Zack will be returning home at the end of the night and throw a raucous going away party. Zack has a good time at the party and later goes skinny-dipping with Julie and her friend Alma in the pool, which leads to a three-some. After the party, Julie gives Zack her number and Alma gives him a good-bye kiss on the cheek.

Elvis arrives at the hotel where Zack is waiting to be picked up, and Frankie and Elvis begin to argue when Elvis reveals that Johnny sent him there to kill Zack. When Frankie leaves, Elvis takes Keith to dig a grave. Frankie offers Zack a final opportunity to escape, but believing that he is now part of the group and will be returning home soon, Zack prefers to wait at the hotel for Elvis to return. Meanwhile, Sonny, Cosmo (Johnny's godfather), and Johnny's lawyer confront Johnny, who refuses to call off the hit. Elvis and Keith return to the hotel, and Frankie and Elvis go outside to talk. Frankie, reluctant because of the friendship he has formed with Zack, finally relents when Elvis tells him they could face life in prison if Zack tells someone what happened.

Frankie, Elvis, Zack, and Keith arrive at the grave site. Zack is not aware of what's going on and grows suspicious when a deeply saddened Keith tells Frankie he can't go through with it, and goes to wait in the car after giving Zack a goodbye hug. Zack sees the grave and begins to break down, begging Frankie and Elvis to let him go. Frankie tells Elvis they shouldn't go through with it, but Elvis is keen on the job he's been given. Frankie calms Zack down, and ties him up with duct tape. He is surprised when Elvis knocks Zack into the grave with a shovel, and shoots him multiple times with an automatic Tec 9, killing him.

Zack's body is found three days later. The epilogue shows the aftermath of the crime: Olivia, now suffering from obesity and depression, is interviewed, and talks candidly about her failed suicide attempts and the loss that she has experienced from her son's death. Susan angrily confronts Frankie over Zack's death and goes to the authorities. Elvis is caught while trying to secure a ride out of L.A. Johnny flees the city and arrives at the house of old classmate Buzz Fecske, who drives him back to his godfather Cosmo's house, where he enters and is not seen again.

Tiko, Keith and Frankie are arrested. After being convicted, they all serve their respective sentences: Tiko serves nine years in prison for kidnapping; Keith serves time at a juvenile facility until the age of 25 for digging Zack's grave; Frankie serves seven years to life for kidnapping and second-degree murder; and Elvis is put on death row for murdering Zack. Johnny, however, is nowhere to be found. The interviewer asks Sonny how Johnny was able to escape authorities for four years without help, but Sonny assures him that he doesn't know where Johnny is. In 2005, after over five years of being on the America's most wanted list, Johnny is finally found and arrested in Paraguay. Text informs the audience that Johnny is in California awaiting trial, and, if proven guilty, faces the death penalty.

The leader, or the "alpha dog". Jesse James Hollywood in real life. Hollywood was convicted on July 8, 2009 for ordering the kidnapping and murder of Nick Markowitz and sentenced to life in prison without the possibility of parole;. 20 years old at the time.

Johnny's right hand man and best friend, who becomes friends with Zack when he is assigned to watch him. Jesse Rugge in real life. Rugge was sentenced to life in prison, for aiding in the kidnapping and murder of Nick Markowitz, with the possibility of parole after seven years. His petition for parole was denied in 2006. In July 2, 2013, Jesse Rugge was granted parole again, and on October 24, 2013, Rugge was released from prison after serving 11 years of his life sentence. 20 years old at the time.

Zack's older brother. Benjamin Markowitz in real life. Markowitz was 22 years old at the time. Served three years in prison for robbery but has since been released.

The lowest member of the gang and shooter; at the beginning of the story, he is in debt to Johnny. Ryan Hoyt in real life. Hoyt is currently on death row at San Quentin for the murder of Nick Markowitz. 21 years old at the time.

Victim. Nicholas Markowitz in real life. Markowitz was murdered by Ryan Hoyt, a member of Jesse James Hollywood's crew; 15 when he died. Hollywood has since been tried and convicted for the kidnapping and his role in the murder.

Johnny's father and marijuana supplier; implied he has Mafia connections. John "Jack" Hollywood in real life. Hollywood is Jesse James's father. He was arrested in 2005, the same day son Jesse James was captured in Brazil, for manufacturing the illicit narcotic GHB, but the charge was later thrown out in court. Jack remained in custody on an outstanding 2002 warrant for a marijuana-related charge, and later received 18 months in an Arizona prison. Since been released.

Friend of Frankie who digs Zack's grave but is not present for the murder. Graham Pressley in real life. In July 2002, he was tried as a minor and October 2002 as an adult. Served eight years at the California Youth Authority until he was released in 2007 at the age of 25. Age 17 at the time.

Friend of Frankie's who is concerned about Zack's well-being. Natasha Adams-Young in real life. Adams-Young was given immunity in exchange for her testimony. Friend of Rugge and Graham. After reading in the paper that Nick was murdered, she confronted Rugge and asked if he had anything to do with it. Despite Rugge explaining that he didn't, she knew he was lying and told her father, a lawyer, what happened; he in turn called police. Age 19 at the time.

Member of the gang. Brian Affronti in real life. Affronti joined Hollywood and the crew minutes after they had kidnapped Nick. 20 years old at the time.

Member of the gang; muscle of the group. William Skidmore in real life. Skidmore served nine years in state prison for kidnapping and robbery out of a plea bargain, and was released in April 2009. 20 years old at the time.

Johnny's girlfriend. Michelle Lasher in real life. Hollywood's girlfriend. She was arrested while on the run with him and charged with harboring a fugitive. 19 years old at the time.

Johnny's childhood friend who drives him back to Los Angeles after he escapes the police in New Mexico. Chas Saulsbury in real life. Saulsbury was one of Hollywood's friend. Last met during junior high; tried to help Hollywood get out of the country. Arrested for harboring a fugitive.

Johnny's godfather. Implied he has connections to the Mafia. John Roberts in real life. Roberts was a Hollywood family close friend. His van was used in the kidnapping of Nick Markowitz.

The beautiful and oldest girl of the group.

Police officer. Was the officer looking for Hollywood; he arrested the crew as well as interviewed witnesses

A friend of Julie who hooked up with Zack.

During filming, Santa Barbara County Deputy District Attorney Ronald J. Zonen provided copies of many documents on the case and served as an unpaid consultant to the film, citing his desire to have Hollywood captured. Zonen prosecuted Hollywood’s co-defendants and was poised to prosecute Hollywood. After Hollywood was captured in Saquarema, Brazil and subsequently returned to the United States, his defense lawyer claimed there was a conflict of interest, and the California Court of Appeal for the Second District ruled on October 5, 2006 that, based on Zonen's disclosure of the files and consultant service—he should be recused from further involvement in prosecuting Hollywood.[3][4] On December 20, 2006, the California Supreme Court granted review on the case effectively staying the order to recuse Zonen.[5] On May 12, 2008, the California Supreme Court ruled that Zonen should not be recused.[6] Nonetheless, Zonen was replaced as lead prosecution attorney by Deputy Dist. Atty. Joshua Lynn.

In addition, Hollywood's attorney James Blatt tried to block the release of the film.[7]

After the delay, Hollywood's trial started May 15, 2009 with the defense's opening statements saying Hollywood was not involved with the murder.[8] In his opening statement, Lynn described Hollywood as "a ruthless coward."[9] On July 8, 2009 he was convicted of kidnapping and first-degree murder with special circumstances for which he can face the death penalty.[10]

The film received mixed reviews; out of 143 critics, 55% of them were positive[12] with the consensus being, "a glossy yet unflinching portrait of violent, hedonistic teenagers. Bruce Willis and Sharon Stone chew the scenery, while Justin Timberlake gives a noteworthy performance."

Yelchin was praised as "able to bring all of the conflicting emotions of Zack," and conveying all of it beautifully.[13]

Susan Markowitz attempted suicide three times.[14] Jeff Markowitz elaborated, "She is so tortured by what happened that she has tried to take her own life. The last thing that either of us want is to see this picture. How would any loving parent feel about a Hollywood movie that glamorizes their son's death and allows celebrities to cash in on a brutal, evil murder?"[15] Nonetheless, Susan attended the film's release and reportedly was moved by Anton Yelchin's portrayal of Zack (Nick). After the screening, she embraced Sharon Stone, who played Olivia (Susan).[14] 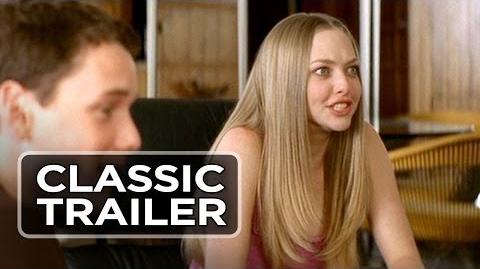 Retrieved from "https://fanon.fandom.com/wiki/Alpha_Dog?oldid=341502"
Community content is available under CC-BY-SA unless otherwise noted.