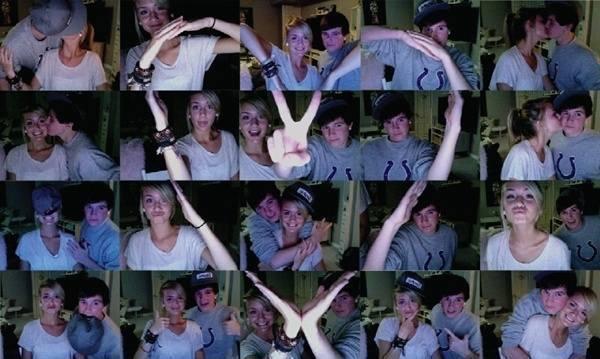 Alex (Logan Lerman) is bestfriends with Heather (Katie Cassidy) since childhood. Alex's Sister Nancy (Daveigh Chase) is Angry at his Brother because it joins a Gangster Gang. Nancy then tells Heather that Alex joins a Gangster Gang. One Day Claire (Chelan Simmons) with Amber (Rooney Mara) and Danielle (Crystal Lowe) witness Dylan (Ryan Merriman) along with the other gangsters is beating Alex then The Girls tell Nancy what happened and Alex was bring in the hospital. Nancy call Heather about Alex. The Doctor (Barclay Hope) came and tell them that Alex was dead and Heather breaks down in Amber’s arms and blame on Nancy. At Alex's Funeral Alice (Lynda Carter) show Heather and Nancy a message on Alex's Cellphone says "I Join in your Gang now don't hurt Heather" revealing that Alex loves Heather making Heather cry. 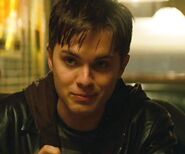 Dylan tries to talk to Lisa about Heather and Alex
Add a photo to this gallery
Retrieved from "https://fanon.fandom.com/wiki/All_About_Love?oldid=60121"
Community content is available under CC-BY-SA unless otherwise noted.