Five friends reunite for a reunion party but that night, aliens invade the state of New York but one of the friends got ambushed by aliens and the four of them going to save the world.

Thomas drives with Andrew to the tunnel and goes through the rear door and then Dan arrives with a group of aliens and Alien and then the aliens chase after Thomas and then Thomas kills them and then kills them coming and makes the exit through the side door of the tunnel and then exits the door and gets in the car and drives out of the tunnel. At the hotel Thomas and Andrew follow each other and then they go through the room and returns to the car and then admires it. During a ride Thomas sticks with Sally and Henry's overbearing wife and then they follow them to a station to admire the right And then finds Aliens and then kills them. At the garage Thomas stays with Alien and Sally and Andrew and Dan and John and then they find the aliens and then kills them and keeps past through it. Thomas and Sally drives to the block and finds Andrews ex-wife and Dan's partner to keep in touch and then they study the key to know the way that they are saying through it. Thomas and John meets John's ex-wife and then Sally and Andrew and Dan amen Alin and Sally walk back to the car and then a group of aliens arrive and Thomas kills them. Thomas tells Henry what it will be like. Thomas follows Henry to a helicopter to know where it travels. Thomas tells Henry fly out of the state and thanks him. 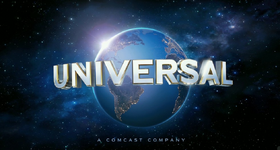 Add a photo to this gallery
Retrieved from "https://fanon.fandom.com/wiki/Aliens_Invade_New_York?oldid=393109"
Community content is available under CC-BY-SA unless otherwise noted.